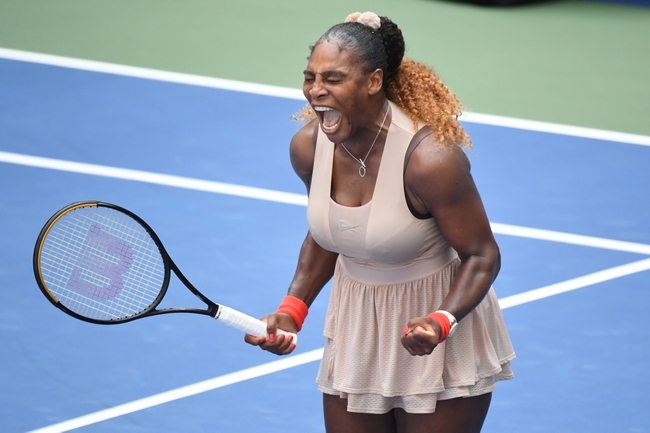 Serena Williams continues her quest to win her 24th Grand Slam title as she meets Tsvetana Pironkova in the quarterfinals of the 2020 US Open on Wednesday, September 9th 2020. Will Williams dominate as we are used to, or will Pironkova spoil the American's party?

Serena Williams came through a tough and grueling match against Maria Sakkari in the fourth round a few days ago and really only played her best tennis until the final stages of the third set. Let us not pretend it's not obvious, Serena Williams is way past her best and this year is probably her best shot to actually achieving her 24th and probably final Grand Slam title as not all of the best players are playing and many of the ones who were are out of the tournament by now. Williams will give it her all here to win the US Open, and she should as it is probably going to be her last strong chance.

Tsvetana Pironkova has been superb here in New York after not having played professional tennis for the last 3 years. Pironkova has come back onto the scene and has reached the US Open quarterfinal with ease in her matches. Pironkova will have all the confidence in the world and she will feel no pressure here to come out and take this match by the neck. Pironkova definitely had the game to beat Williams, and what might give her a slight edge is the less time spent on court than her opponent.

This will be the fifth meeting between both players with Serena Williams leading the head to head 4-0. Of course those victories were many many years ago when Williams was at her best and the match will be completely different here in my opinion. It is hard for me to call who will win this match, but one thing I am confident on, is both players' ability to grab a set here. Williams is prone to losing a set as she lets herself go sometimes, and then she picks herself back up and dominates. I think this match goes down to the wire with 3 sets in the match.

Liam’s Pick 3 sets in the match