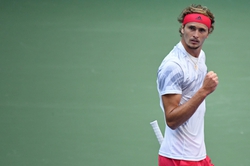 Alexander Zverev was quite lucky to come through his quarterfinal encounter against Borna Coric as he did not really win it, it was more Borna Coric who lost it. Borna Coric was up a set and 4-2 in the second when he just seemed to take points for granted and Zverev was able to win easy points. Zverev managed to then win the second, third and fourth set to book his spot in his first ever US Open semifinal. Zverev after the match knew he had to play much better than he did, and i agree that he needs to play at a much higher level if he is to get to the final, let alone win the entire tournament. But with Zverev, we know he can turn it on in the big moments.

Pablo Carreno Busta came through a physically exhausting 5 set match against Denis Shapovalov in the quarterfinals, showing us why he is a 2x US Open semifinalist and one of the best Spanish players at the moment. PBC knows how to play and he has a lot of experience from his long career which allows him to remain calm and concentrated on the task at hand in matches. PBC is not known to be a player who is emotional, he just focused and gets on with the task at hand. He could be the dark horse of this tournament if he reaches the final.

This is going to be the second meeting between both players, with Alexander Zverev leading the head to head 1-0. Zverev is the favourite here and rightly so. Zverev has a better forehand, a better serve, and a better return game. Zverev however might give up a set sometimes if he loses focus of gets too emotional. However, PBC is definitely the more tired out of the two after his tough draw here at the US Open, and Zverev seems determined to prove doubters wrong. Take Zverev to win.