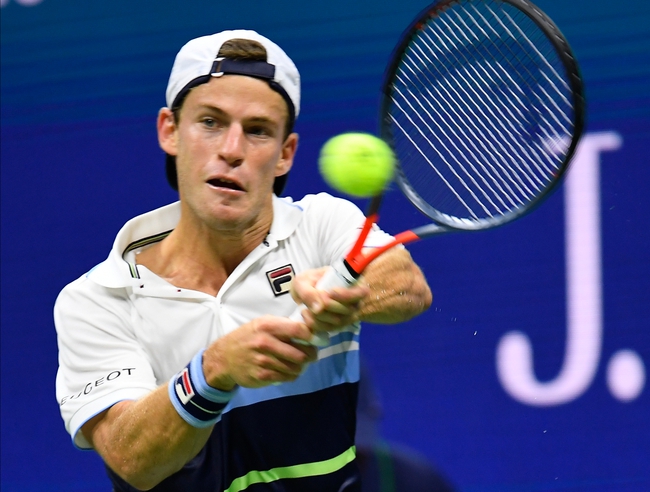 Diego Schwartzman meets Hubert Hurkacz in the third round of the 2020 Rome Open on Friday, September 18th 2020. Will Hurkacz upset yet another player here in Rome, or will the movement of Schwartzman disrupt him?

Diego Schwartzman came through two incredibly hard-fought sets against John Millman to win here on Thursday, winning 6-4/7-6. Schwartzman has not been at his best when playing for a while it seems as he is not able to play as freely as he would like to in matches. Being short, Schwartzman is not able to serve aces to get himself out of tough situations, therefore he has to work extremely hard on baseline rallies to make sure he is ready for battle. Schwartzman will take some positive from his win over Millman, but he will be wary of his next opponent who is a big server and has shown some good movement in his last two matches.

Hubert Hurkacz provided an upset on Thursday, beating Andrey Rublev in 3 sets. Rublev looked on fire in sets one and two but lost the first one. In the third set, Rublev gave away the match and Hurkacz ran away with it. Hurkacz is not the biggest fan of clay but he has been able to win two matches here already and he is looking better in this match than he did in his first round encounter against Dan Evans. Hurkacz knows that he has a solid chance of making the quarterfinals here now and he will definitely give it his all.

This is going to be the second meeting between both players, with Hubert Hurkacz leading the head to head 1-0. They last met in Australia at the ATP Cup, where Hurkacz won in 3 sets. I think this is going to be a similar match to this one. Of course, Schwartzman is the better returner and when he is playing his best tennis would win this one, however, he is not and Hurkacz can get a lot of easy points off of his serve. I expect Hurkacz to come out, serve big and make the Argentinian make mistakes.