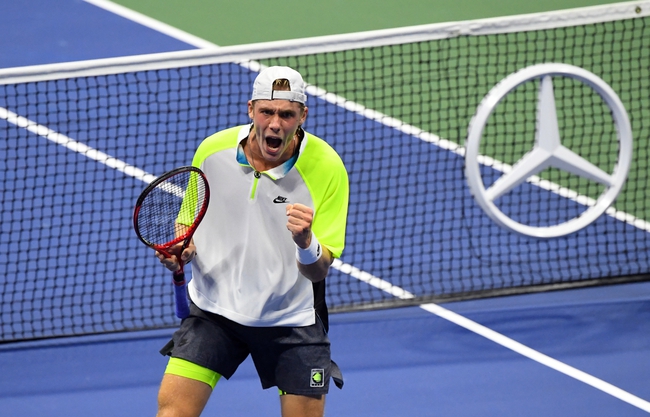 Denis Shapovalov meets Diego Schwartzman in the semifinals of the 2020 Rome Open in what is a shock matchup if you had asked anyone yesterday. Will it be the young Canadian to come through or the experienced Argentinian?

Diego Schwartzman deserves a round of applause after his best-ever performance on a tennis court, finally defeating Rafael Nadal for the first time after 9 consecutive losses. Schwartzman was just moving incredibly well around the court and it was very unexpected to see him play that well after the last 3 weeks he's had on the tour. Diego admitted this himself in his post-match interview saying he played the best match of his life and he was not expecting it himself. Nadal pushed him very hard in the second set and it was anyone's game, but in the first set, Schwartzman was untouchable. It will be extremely hard I think for Schwartzman to first of all maintain this level, and second of all not still be riding the high of his first victory over Rafael Nadal.

Denis Shapovalov put on a very solid performance against Grigor Dimitrov yesterday, beating the Bulgarian in 3 sets. Shapovalov is getting better and better on clay and he will definitely be eyeing the opportunity to make it to the Final of a second Masters 1000 consecutively. Shapovalov has a beautiful game, and if he is able to consistently perform as he has done in the last few weeks, he will make it very high in the rankings in the next few years.

This is going to be the first meeting between these two players and it is going to be an extremely tight encounter. Many might say Schwartzman will come through here after an incredible performance against Nadal. However, I do not see him being able to keep that level up. Schwartzman will have celebrated a lot last night and i don't think he will have the physical energy to play a long and draining match today against Schwartzman. Shapovalov will come out and dominate this match in my opinion, it might be a 3-setter, but he will win.