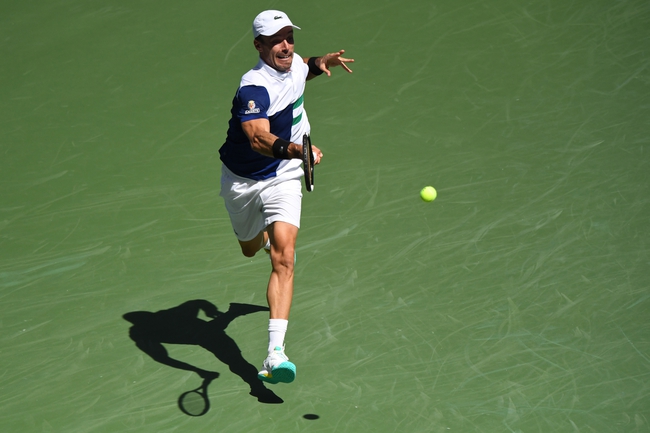 Roberto Bautista Agut meets the defending champion, Nikoloz Basilashvili, in the first round of the 2020 Hamburg Open in what is going to be a very tight and very fun match to watch. Will Basilashvili get his campaign started for his 3rd title in a row here in Hamburg, or will the super Spaniard get the early win?

Nikoloz Basilashvili won the title here in Hamburg for the last 2 years, however, this year he has not had the best start to the clay-court season. Basilashvili lost in the first round of both Rome and Kitzbuhel in the last two weeks and it does not look very likely that he is going to be able to compete very much for his title here in Hamburg. Basilashvili has had a tough draw and first up he plays an opponent who is known to be one of the best returners in the game, especially on clay.

This is going to be the fourth meeting between both players, with Roberto Bautista Agut leading the head to head 2-1. The last time they played was in 2019 early in the year, however, since then both players have gone in drastic directions. Roberto Bautista Agut just keeps improving on his game it seems and he is so hard to break down in baseline rallies. I think on a clay court, Bautista Agut will be hard to beat here in Hamburg as he will have more time on the ball to move his opponents around. I'll take RBA here to go through.