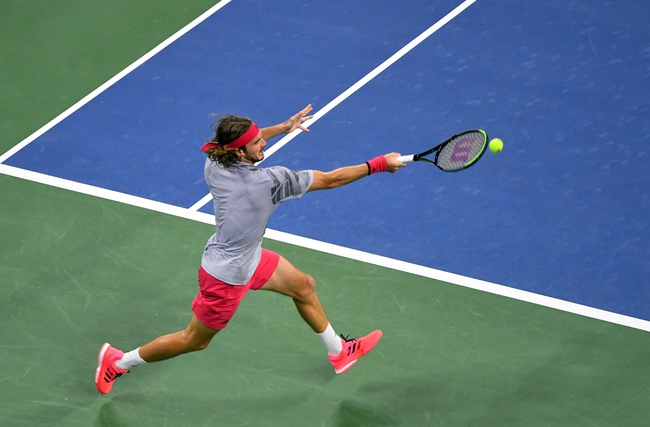 Stefanos Tsitsipas meets Dusan Lajovic in the quarterfinals of the 2020 Hamburg Open. Tsitsipas has been able to string two solid victories in a row here on the red dirt as he looks to make it a third and beat the tough Serbian, Dusan Lajovic. However, Lajovic has also been playing some solid tennis, absolutely demolishing the likes of Karen Khachanov. Who will book their spot in the semifinals?

Dusan Lajovic absolutely controlled and dictated play in his match against Karen Khachanov on Thursday, moving the Russian all over the court and beating him in straight sets easily. Lajovic in the second set could have been said to have struggled a little bit as he was broken and also was broken nearly more than once, but the fact that Khachanov could just not hold his serve allowed Lajovic to run away with the match in the end. I expect Lajovic to know he has to be on top of his game today if he is to win against the top seed now, Stefanos Tsitsipas.

Stefanos Tsitsipas is going to need to be on his top-level if he is to come out of this match, as Lajovic on clay is a tough opponent. Tsitsipas knows that if his serve is firing and that if he is able to maintain his composure in the big moments, this match should be his to win. This is going to be a tight match for Tsitsipas, and one that he can lose. I expect Tsitsipas should have this match on his racquet, but he will find it hard to get everything his own way.

This is going to be the third meeting between both players, with the head to head standing at 1-1. All of their matches have been 3 sets long and none of them have been on clay. I think Lajovic has a chance to win this match, if Tsitsipas does not give it his all and play his best, and therefore I shall stay away from winner predictions. I think it is going to be another 3-setter, with either player having the ability to clinch it.

Liam’s Pick 3 sets in the match