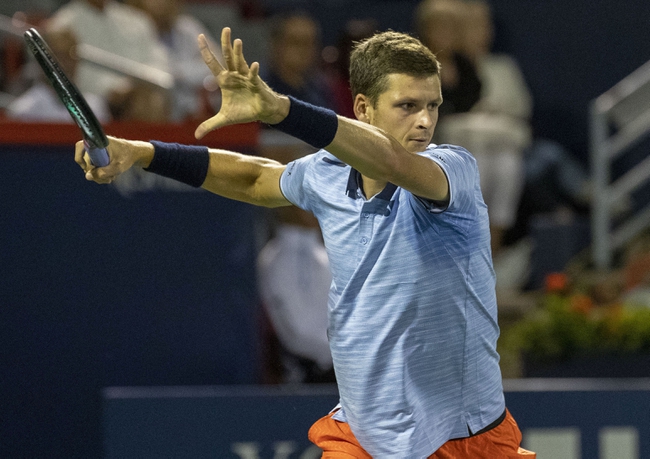 Hubert Hurkacz of Poland and the American Tennys Sandgren square off in the first round of the 2020 French Open. While neither player will count clay as their surface of choice, this has the potential to be a very entertaining matchup between two top-50 players with similar and explosive games.

Hurkacz who is seeded 29th comes into this match in mixed form. He produced some good results in Rome last week , beating Rublev in three sets before losing a three set thriller to eventual finalist Diego Schwartzman. He is more known as a hard court player but his results last week will show the field what he is capable of on clay. He possesses a huge serve and groundstrokes, especially on the forehand side but where he tends to fall down is his footwork and his focus. However his game is explosive enough that on his day he is a threat to anyone, regardless of the surface.

Sandgren, who is ranked 48th also comes into the match in dubious form on the surface. He advanced through the qualifiers in both Rome and Hamburg before falling in the first round of both tournaments. He is certainly more comfortable on hard courts and will be relying on his powerful game to hopefully make this a competitive match. The American is a fighter and is one of those guys that the top players hope to avoid in the early rounds of slams as he has pulled off some upsets in the past. However these have come on hard courts.

I like Hurkacz to win comfortably here. They are both similar players in a way in that they are strong guys that rely on their power but Hurkacz is just overall a much more solid player at this stage in their careers. You can expect both guys to try to dominate early using their big serves and forehands but Hurkacz is a better player in much better clay court form than his opponent. Sandgren can sneak a set if Hurkacz starts slowly but the Pole will ultimately win the match and progress to the next round.