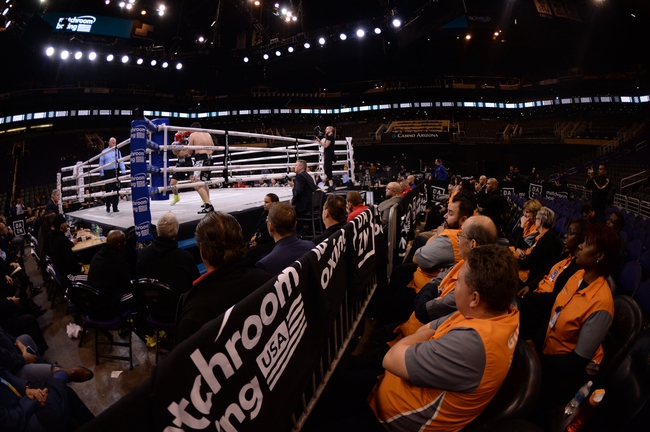 Vasyl Lomachenko enters this fight with a 14-1 record that includes 10 knockouts. Lomachenko has won each of his last 13 fights, and he’s coming off an August (2019) win over Luke Campbell. Lomachenko is coming off a fairly competitive fight, as he won and controlled things through the middle of the fight, but he did take some shots and wasn’t able to produce a finish. Lomachenko has now seen two of his last three fights end in decisions, as he once had an eight-fight streak of finishes. Lomachenko is a 32-year-old southpaw who stands at 5’7” and has a 65.5-inch reach. Lomachenko is one of the best technical fighters in the sport with ridiculous footwork and defense, so his opponents have a tough time landing consistently and can get frustrated and lose confidence over the course of a bout. Lomachenko has quick hands offensively, puts combinations together nicely and clearly has power with 66.6 percent of his fights ending in knockout. There’s really no weakness in Lomachenko’s game, and when he gets comfortable offensively, he’s an absolute machine who keeps coming forward looking to end things. As his competition continues to improve on the professional level, Lomachenko is in the conversation as the best pound for pound fighter in the world. This will be Lomachenko’s fifth career fight in Nevada.

Teofimo Lopez enters this fight with a 15-0  record that includes 12 knockouts. This will be Lopez’s fifth fight since 2019, and he’s coming off a December win over Richard Commey. Lopez is coming off a second round knockout victory to beat easily the best boxer from Ghana, and he’s now produced knockouts in six of his last seven fights. Lopez will now defend his new IBF lightweight title while snagging the biggest victory of his career. Lopez is a 23-year-old American who stands at 5’8”, has a 68.5-inch reach and an orthodox stance. Lopez is a flashy boxer who will taunt his opponent and then land a nasty combination that drops them. Lopez has legit knockout power in either hand and works the body well. Lopez has some decent head movement and has shown to be an effective counterpuncher when his opponent actually looks to be the aggressor. The questions here is that Lopez has fought a lot of subpar fighters, so it’s hard to really judge his ability, and he does leave himself open a lot with his hands always so low. Win or lose, we’re going to learn a lot about Lopez in this fight. This will be Lopez’s second career fight in Nevada.

Lomachenko should be the clear favorite in this fight considering he has far less question marks. Lomachenko has proven himself at all levels, and there’s few who cut the ring off and go to work like he does. Lopez has defensive concerns and his footwork has looked a bit slow at times. I’m not driving the Lopez bandwagon just yet. However, boxing is one of the more predictable sports and it’s not often you get a fight that could go either way. It’s hard to find betting value on boxing lines unless playing props. And while Lomachenko should be the pick and is the safer bet, there’s no doubt Lopez has the punching power and the raw talent to win this fight. Lopez has a punchers chance, especially when we saw Lomachenko get dropped by Jorge Linares a couple of years ago.

Because we don’t get a lot of live underdogs in the sport of boxing these days, I’ll take a shot with Lopez and the plus money.

The pick in this article is the opinion of the writer, not a Sports Chat Place site consensus.
Previous Pick
Jonathan Oquendo vs. Jamel Herring - 9/5/20 Boxing Pick, Odds, and Prediction
Next Pick
Leo Santa Cruz vs. Gervonta Davis Boxing Picks, Odds, Predictions - 10/31/20