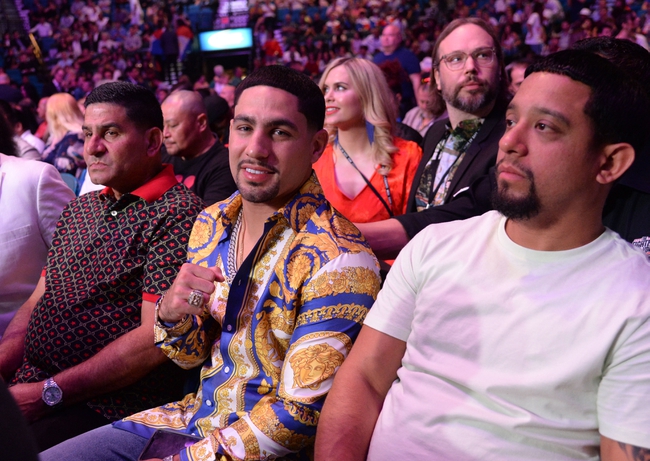 Errol Spence and Danny Garcia fight in a boxing match Saturday at AT&T Stadium for the WBC and IBF welterweight titles.

Errol Spence enters this fight with a 26-0 record that includes 21 knockouts. Spence is coming off a split decision victory that was arguably the best fight of 2019, and you can argue he should have won after dropping Porter in the 11th round. Spence has seen his last two fights go to the judges, which means he hasn’t had a stoppage since Carlos Ocampo, which was two and a half years ago. Spence is nearly 31 years old, a southpaw who stands at 5’9” and has a 72-inch reach. Spence is highly athletic, moves well in the ring and his relentless work to the body makes him one of the best boxers on the planet. Spence is constantly working the midsection of his opponent and it makes things easier for him as the fight drags out. Spence is a compact puncher who doesn’t waste much motion in his shots, and he’s got some of the best pop in this division. With a nasty uppercut and quick hooks, Spence’s offensive attack is a thing of beauty. With that said, it’s been a while since we’ve seen Spence in the ring and there are concerns with this being his first fight since a near deadly car crash. This will be Spence’s seventh career fight in Texas.

Danny Garcia enters this fight with a 36-2 record that includes 21 knockouts. Garcia has won six of his last eight fights, and he’s coming off a January win over Ivan Redkach. Garcia is coming off a comfortable decision win and has a chance to win two fights in the same year for the first time since 2016. Garcia is a 32-year-old American who stands at 5’8”, has a 68-inch reach and an orthodox stance. Garcia is a legit power puncher in this division, but he does have a habit of swinging wide and leaving himself open for counters. Garcia puts a lot into his shots and has the ability to put his opponent to sleep if landed cleanly. Garcia is also known for his movement, as he slips punches well and gets in and out without taking much damage. Garcia is also a tough boxer who has never been dropped despite 38 fights and two career losses. This will be Garcia’s fifth career fight in Texas.

A couple years ago, I was pounding the table saying Spence was the best pound for pound boxer in the sport and was somebody I wouldn’t bet against. However, I can’t lie, the car crash and the impact of his injuries has me a bit concerned. I’m not sure how Spence will look after such a long layoff, and I’m not 100 percent convinced he’s all there mentally. Spence does have interviews since the accident where his speech is slurred a bit and he looks a bit confused at times. This is also the first time Spence will take shots to the head since nearly losing his life. Garcia is not somebody you want to have for a return fight with no warm up in-between. This is a dangerous fight for Spence, and I’m not even thinking about laying all that juice.

I’ll back Garcia in this fight.