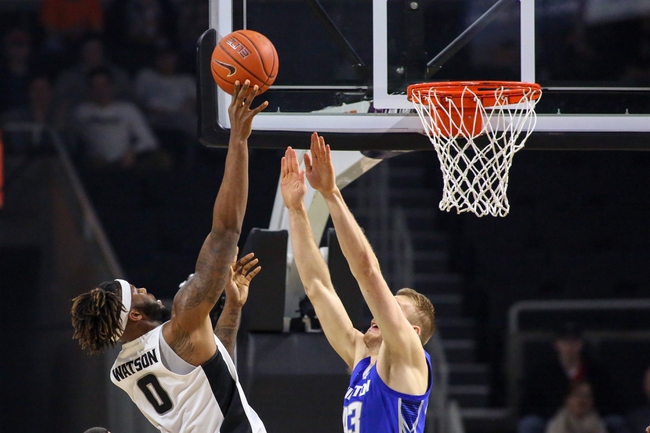 The Fairfield Stags and the Providence Friars meet in college basketball action from Alumni Hall on Wednesday afternoon.

The Fairfield Stags will look to rebound from a frustrating 2019-20 season in which the Stags finished with a 12-20 overall record, including an 8-12 mark in MAAC conference play, tied for 8th, but the Stags stay in the conference tournament was short-lived as the Stags were bounced in the first round of the MAAC-tion by the Manhattan Jaspers. The Stags will need to replace their top scorer and rebounder from last year’s squad as Landon Taliaferro finished up with 12 points per game last year for Fairfield while Vincent Eze had 7.8 points and a team-high 5.8 rebounds per game last season. The good news for the Stags is that they bring back a pair of their top players for their respective senior seasons as Jesus Cruz returns after finishing 2nd on the Stags in scoring with 11 points and 3.6 rebounds per game while Taj Benning finished 3rd with 9.8 points and 2 assists per game last year. As a team, Fairfield averaged 58 points on 39% shooting from the field, 28.4% from behind the 3-point line and 69.5% from the foul line while allowing the opposition to average 62.9 points on 41.9% shooting from the field and 35% from behind the 3-point line last season.

The Providence Friars will be out to build off of a successful 2019-20 campaign that had the Friars finish with an overall record of 19-12 including 12-6 in Big East Conference play for an 8th straight winning season under Ed Cooley. The Friars received the 4th seed in the Big East tournament, but before the Friars were able to take the floor, the Big East tournament was cancelled to limit the spread of the COVID-19 virus, which effectively ended the season across the country as we would later find out. The bad news for the Friars is that there will be some turnover from last year’s squad, with 5 graduating players, all of whom started anywhere between 6 to 30 games for Providence last year. Leading scorer Alpha Diallo had 14.1 points and 7.8 rebounds per game and is now in the Greek League overseas, while Luwane Pipkins finished up after averaging 10.8 points per game last year. Maliek White, Kalif Young and Emmitt Holt are all gone as well, but the plus side is that David Duke, Nate Watson and A.J. Reeves are all back as familiar faces in the starting lineup for Providence and the Friars are also bringing in some key transfers for help in the forms of guards Jared Bynum and Noah Horchler as well as former Syracuse guard Brycen Goodine. As a team, Providence averaged 71.4 points on 41.3% shooting from the field, 33.2% from behind the arc and 69.4% from the foul line while allowing opposing teams to average 66.2 points on 41.7% shooting from the field and 31.1% from behind the 3-point line last season.

I really want to take Fairfield with the points as Benning and Cruz were decent parts for the Stags last year, but there was no support as they accounted for a third of Fairfield’s total offense last year. Providence has a lot of turnover, but the likes of Duke, Watson and Reeves for the Friars as well as Bynum and Horchner coming in, should be enough to give Providence a decisive win in the opener. It may be more of a fade of Fairfield more than anything, but I’ll lay the points with the Friars in this matchup.