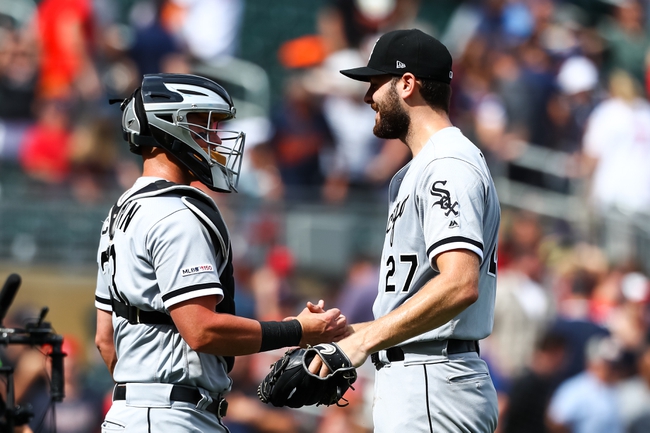 Here’s your daily roundup of all the MLB news that’s affecting the planned 2020 season. Today we’re examining some of the league’s plans for the 60-game season and checking in with a few player notes, so let’s get right to it with the latest MLB updates. Check back all season long for free MLB picks and MLB predictions at Sports Chat Place.

MLB 2020 Season Update - On Tuesday this week, we (finally) got an agreement between the MLB Players Association and the league, and if all goes well we’ll be getting a 60-game baseball season—better than nothing. As the days have passed, we’ve been seeing more details about the MLB’s proposed plans and what things will look like when baseball gets going again.

One scenario that’s been getting some attention lately is the MLB’s criteria for cancelling the season—which, despite the recent encouraging news, is still a very real possibility given the current pandemic. According to reports, there are three scenarios in which the MLB would cancel the baseball season in 2020: if the country imposes travel restrictions, if the season poses “an unreasonable health and safety risk” to players/staff, and if there aren’t enough players available to play games.

Those criteria are pretty broad, so it seems the MLB is giving itself some wiggle room with regards to pulling the plug. There’s no set number of positive tests or roster availability outlined in the plan; the league will be playing this by ear. It’s a fluid situation, and one that’s sure to change daily, so we’ll keep you posted on any potential roadblocks here.

MLB Transaction Freeze - Here’s something of an interesting item. Yesterday, the MLB lifted its transaction freeze, which had been in place for over three months. Not much happened.

The Braves placed pitcher Jeremy Walker on the 45-day injured list, but other than that it was pretty silent across the MLB. When you think about it, the hesitant nature makes sense. Teams don’t know what type of revenue they’ll be bringing in this season, and it’s difficult to know where to tie up cash. Free agency and trades are in limbo since 60-man rosters aren’t due until tomorrow, so it seems most clubs are taking a “wait and see” approach. There will probably be some more movement this weekend, but I doubt too many teams will take significant risks with bringing in new guys right now.

MLB Teams to Watch in 2020 - Since the announcement of the abbreviated 60-game season, we’ve been speculating on which teams could make a surprise splash and “Cinderella” themselves into postseason glory. One such team that’s been earning some thoughtful praise is the White Sox, who have a nice mix of youngsters and veterans on the roster. Guys like Yasmani Grandal, Dallas Keuchel, Edwin Encarnacion and Gio Gonzalez will inject some life into that Chicago lineup, and if the team gets hot we could see a nice postseason run. There is the small matter of dealing with the Twins and Indians in a pretty good AL Central, but anythings’s possible.

The White Sox haven’t been in the postseason since 2008, so it’s long overdue. Even with the weird offseason, Southside fans in Chicago will take it. Should be a great divisional battle to watch this year.