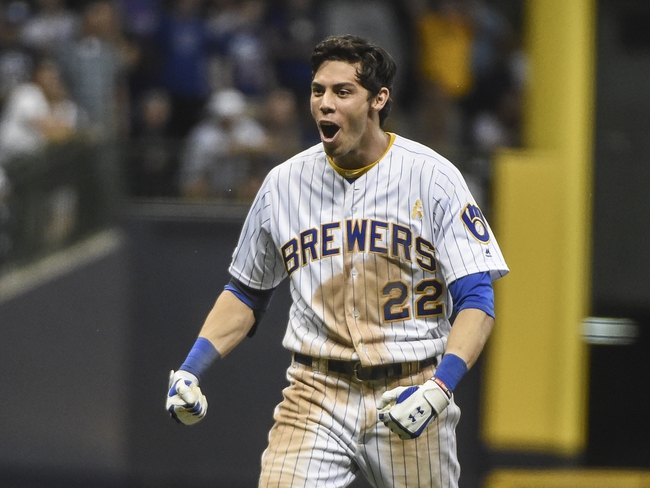 The Milwaukee Brewers will be fighting for the top spot in the National League Central during the 2020 MLB season.

Milwaukee put up a decent campaign in 2019, finishing two games back of the Cardinals in the division and clinching a Wild Card playoff berth. The Brewers’ postseason ended quickly however, as they fell to the eventual champion Nationals in that game. In 2020, Milwaukee has another good shot at taking a wide-open NL Central, so they’ll be an interesting team to watch. Check back all season long for free MLB picks and MLB predictions at Sports Chat Place.

Let’s take a closer look at the Brewers’ current status and break down the team’s chances at hitting their projected win total this season.

Over the last two seasons, the Brewers have had more success than they’re accustomed to recently. Milwaukee has made the playoffs in back-to-back years, and were within striking distance of the division lead until the very end of the season in 2019. The tight season series numbers Milwaukee had against Chicago (10-9) and St. Louis (9-10) tell the tale of how competitive that division was last year. Outside of those rivalry games, the Brewers put up some dud series against teams they probably should have done better against, like Colorado (2-5), San Diego (3-4) and San Francisco (2-4).

Moving on to 2020, the shortened schedule has Milwaukee playing 40 games versus the other division teams (10 each versus the Cardinals, Cubs, Reds and Pirates). The other 20 will be from the AL Central—the White Sox, Twins, Tigers, Royals and Indians. Minnesota and Cleveland are the most intimidating of that bunch, the rest not so much. That’s the good news. The bad news is that three of the other NL Central teams should be pretty darn good this year. (Pittsburgh probably won't do much; they're the odd team out, on paper at least.)

Milwaukee returns a well-rounded lineup to the field. The Brewers have nice power potential with guys like Christian Yelich, Ryan Braun and Keston Hiura, as well as good speed and OBP in the two-spot with Lorezo Cain. The newly-acquired Avisail Garcia is also coming off a nice .282 BA with 138 hits last season and can provide some pop further down the order. Offensively, it’s a solid group on paper.

There are a few question marks in the Milwaukee starting rotation, and the team does have some tinkering to do there. Brandon Woodruff is a nice No. 1 after a 3.62 ERA and an 11-3 record in an All-Star campaign in 2019. Beyond that, the Brewers have Josh Lindblom as a possibility, but with limited Major League action over the past few seasons it’s anyone’s guess how he’ll translate. Adrian Houser and Brett Anderson should be in there as well, but neither of those guys is apt to produce a sub-4.00 ERA this season. The Milwaukee rotation does admittedly leave a bit to be desired.

Pick: Begrudgingly going under. I’d like to be optimistic about the Brewers this season, but considering how competitive the NL Central will be in 2020 I think Milwaukee will get lost in the shuffle. Cincinnati, St. Louis and Chicago should field solid teams this year, and that division looks like it’ll be an absolute dogfight. The Brewers’ pitching questions aren’t doing them any favors, and I say they just miss out on a .500 record in 2020.