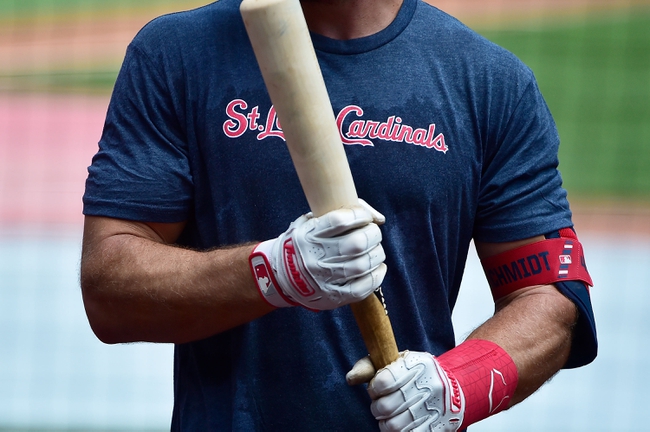 The St. Louis Cardinals come into the abbreviated 2020 season looking to make an impact in arguably the toughest division in baseball, the National League Central.

The Cardinals had a decent 2019 season, finishing the season with a record of 91-71, winning their first NL Central division title since 2015. The Cardinals eliminated the up and coming Atlanta Braves in the NLDS before being swept by the eventual World Series champion Washington Nationals.

Additions: The Cardinals had an extremely quiet offseason compared to their 2019 group that included signing highly-coveted relief pitcher Andrew Miller and acquiring Paul Goldschmidt from the Arizona Diamondbacks. This year’s biggest move for St. Louis, good or bad, could be Kwang Hyun Kim, a 31-year old left-handed pitcher who spent the last 12 seasons in the Korean Baseball League, amassing a record of 136-77 with a 3.27 ERA and well over 1,400 strikeouts.I could see Kim in a long/middle relief role early on, as the Cardinals rotation from one through five is one of the best in all of Major League Baseball. The Cardinals also added some infield depth by picking up Brad Miller after spending 2019 between Cleveland and Philadelphia, and some depth at backstop, adding Matt Wieters on a one year-contract from the Nationals.

Subtractions: The Cardinals had one of the bigger losses to free agency, as Marcell Ozuna signed a one-year, $18 million deal with the Atlanta Braves after hitting 29 home runs and 89 RBIs for the Cards, his best totals in his two-year stint with the Cardinals. It was also a tumultuous offseason within the organization as well, as Yairo Munoz left spring training unannounced and was ultimately released by St. Louis as well as the Cardinals losing potential closer Jordan Hicks for a good chunk of the year after recovering from Tommy John surgery in June of 2019. The biggest move related to the modified 2020 season, is probably the trading of Jose Martinez to the Tampa Bay Rays, as Martinez would have been a perfect fit for St. Louis as MLB plans to implement a universal DH in both leagues this season.

Odds/Prediction: The Cardinals boast the easiest strength of schedule for the abbreviated 2020 season if we’re going by 2019 records as St. Louis’ opposition had a combined winning percentage of .480. It doesn’t necessarily speak volumes about the division as Cincinnati’s gotten better and Milwaukee and the Chicago Cubs will remain competitive as well. However, like I said earlier, the Cardinals have one of the best starting rotations in all of MLB, with Jack Flaherty, Miles Mikolas, Dakota Hudson, Carlos Martinez and Adam Wainwright, and that pitching staff’s wins alone from the starting role could be enough to push St. Louis over this number. I have the Cardinals winning this division with somewhere between 35-38 wins, easily surpassing the total set for St. Louis this season. Give me the over here.