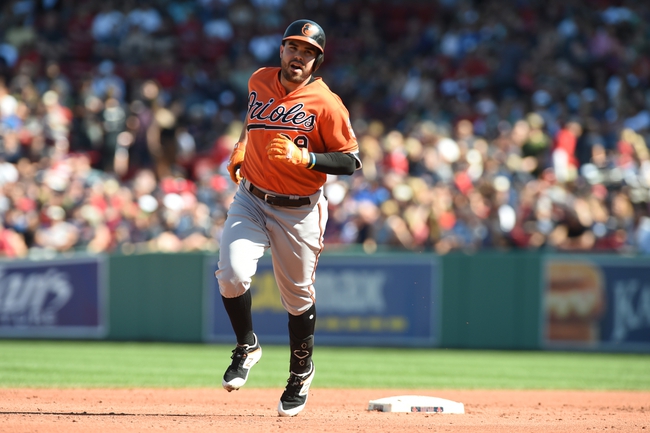 The Baltimore Orioles will attempt to show some more improvement during the shortened 2020 MLB season.

Baltimore’s 2019 campaign was a rough one, as the team finished 54-108 overall and in the basement of the American League East. The Orioles have been out of the playoffs for three straight seasons, and the team will try to progress closer to that goal in 2020. Check back all season long for free MLB picks and MLB predictions at Sports Chat Place.

Let’s take a closer look at Baltimore’s current status and break down the team’s chances at hitting their projected win total this season.

There aren’t a whole lot of positives to point to when it comes to the Orioles 2019 season. Sure, Baltimore finished seven games better than the ugly 47-115 campaign of 2018 but were still eliminated from the playoffs by August 23. 2020’s 54-108 mark meant consecutive 100-loss season for Baltimore, and the team didn’t complete any series sweeps at all during the year. The Orioles were also worse at Camden Yards (25-56) than they were on the road (29-52). Pretty ugly any way you look at it.

On to 2020, and the Orioles will try to put together a few positives this season. Looking at the schedule however, the victories will be hard to come by. There will be the usual AL East gauntlet—Toronto won’t be great and Boston won’t be at their best, but the Yankees and Rays should have great teams in 2020. Outside of those 40 divisional games, Baltimore also gets 20 versus the National League East; that’s a pretty competitive division itself. The NL East features tricky teams like the Nationals, Phillies, Braves and Mets, all of whom have a legitimate shot at winning their division. It’s not an easy draw for a struggling team like Baltimore.

The Orioles’ projected lineup doesn’t do a whole lot to stoke confidence either. Sure, there are some potentially talented names here: Renato Nunez in particular has a shot at 30 RBI and 10 home runs this season, and Anthony Santander probably does as well. It just doesn’t look great on paper for Baltimore, especially considering an important guy like Chris Davis, who held a .168 BA in 2018 and a .179 mark in 2019. As with the rest of the O’s lineup, there’s power potential here, but not much consistency.

Starting pitching is another area of weakness for Baltimore, and it’ll probably get the team into trouble this year. John Means looks like the No. 1 guy and could probably finish with an ERA around 4.50 if things go well. That said, the other starters don’t project as well. Alex Cobb, Asher Wojciechowski and Wade LeBlanc will likely finish with losing records and ERAs over 5.00. Considering the expanded rosters this year, it could be a good opportunity for the Orioles to get a look at some younger arms from the minors system on an MLB field.

Pick: Under. This is a tough one to pick, as I’d like to root for Baltimore cranking up that win percentage a bit and showing some signs of future potential, but I just don’t see it on paper. There’s a lot of production to be desired in the Baltimore lineup, and the pitching looks like it’ll be shaky at best. Considering the relatively rough schedule ahead, the Orioles winning more than one-third of their games in 2020 just seems like too much of a stretch at this point.

The pick in this article is the opinion of the writer, not a Sports Chat Place site consensus.
Previous Pick
SK Wyverns vs. Hanwha Eagles - 7/10/20 KBO Baseball Pick, Odds, and Prediction
Next Pick
Detroit Tigers Shortened MLB Season Pick, Odds and Prediction