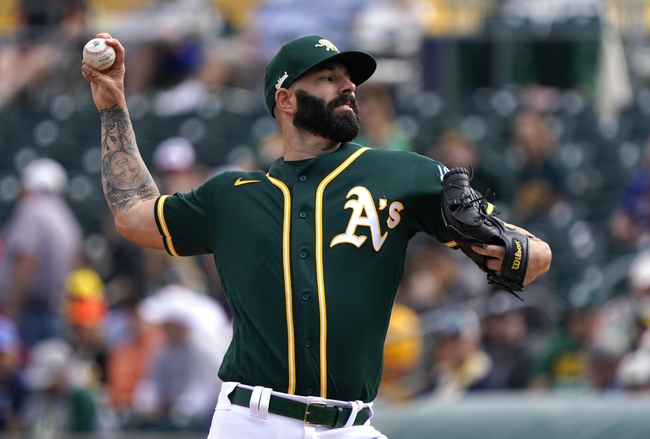 The Oakland A’s come into the shortened 2020 MLB season looking to make some noise in the AL West for the third straight year.

The Oakland A’s enter the 2020 season fresh off of back-to-back 97-win seasons, with the most recent seeing the A’s sit at 30-30 at the 60-game mark (which is a key number this season for obvious reasons) and ripping off a 67-35 mark over the rest of the year to earn a playoff berth. The issue for the second year in a row, was that the A’s would drop the wild card game, making Oakland 0-3 in the sudden death play-in game since its inception in 2012.

Roster-wise, the A’s haven’t had a whole lot of lineup consistency from year-to-year, but in 2020, the usual suspects are back throughout the lineup, including the likes of Marcus Semien, Ramon Laureano, Matt Chapman, Matt Olson, Khris Davis, Mark Canha and Stephen Piscotty. As far as the starting rotation goes, Mike Fiers is the staff ace/workhorse after making it four out of the last five years with 30+ starts and Sean Manaea and Frankie Montas will most likely be the #2 and #3 starters. However, injuries have been a matter of concern for both and for Montas last season, suspensions as well, and #4 and #5 in the rotation is up in the air as well. A.J. Puk and Jesus Luzardo were also expected to be cornerstones of the rotation of the future for Oakland, but there have been injury stints there as well, and Luzardo tested positive for the Coronavirus earlier in the month. The good news for Oakland is they have long guys like Chris Bassitt and Daniel Gossett that can eat up some innings if a sixth starter or a spot starter is needed once in a blue moon.

As far as a schedule goes for Oakland, it’s the usual opposition in the AL West with the Houston Astros, Texas Rangers, Seattle Mariners and Los Angeles Angels on the schedule, but the good news is that the A’s line up with the NL West in what many are considering a down year for the division outside of the Dodgers who are pegged as a World Series contender. The other good piece of news for Oakland is they had winning records against every division foe with the exception of Houston, so if the A’s can fix their problems against the ‘Stros, then Oakland could make a serious run at the AL West in this shortened season.

Odds/Prediction: The A’s bring a lot of value to the table in my opinion at +1300 to win the American League pennant and +2500 to win the World Series, and if Oakland can get past the challenges of making it past the Wild Card game (should they make the playoffs) then this could be a team to watch out for considering the strength of their lineup. As far as a win total, the total is set at 33.5 for Oakland and the number is pretty close to what I had expected for Oakland. The concern is that this year will be a repeat of 2019, where the talent is there for Oakland, but the A’s don’t have the luxury of a long season to catch fire down the stretch. The A’s are also relying on a high-risk, high-upside pitching rotation to get them through the course of the season. Fiers is the ace like we said, and Montas and Manaea both have ace potential, it’s just a matter of staying healthy and executing. All in all, I think this is a 32-33 win Oakland team, just barely coming in under the total so I’ll take the under in this spot.