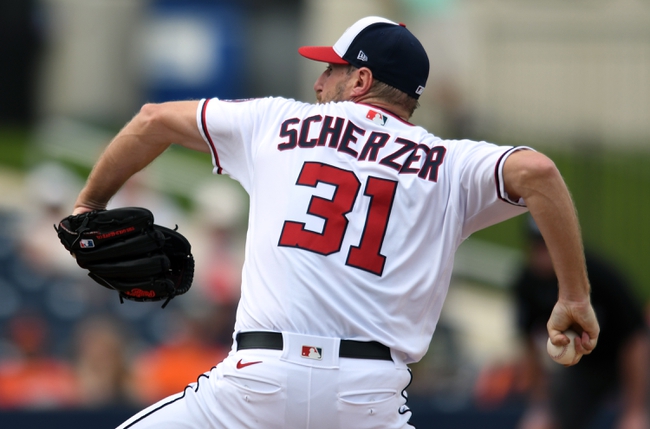 The Washington Nationals come into the 2020 season looking to defend the first World Series title in franchise history.

The Washington Nationals come were one of the surprise teams in 2019, sitting at 19-31 after the first 50 games of the season, but the Nats would post winning records from June to September to finish the year at 93-69 and earn one of the NL Wild Card spots. The Nats would take down the Brewers in the Wild Card game, beat the Dodgers in five in the NLDS, sweep St. Louis in the NLCS before defeating the Houston Astros in seven games to win the World Series. Only time will tell if Washington can successfully defend their crown to be the first repeat World Series champions since the Yankees did it 20 years ago.

Roster-wise, COVID-19 has had an effect on Washington’s roster, as two Nationals tested positive but were not named, and Juan Soto who was in contact with one of the two unnamed players, has isolated from the team since the announcement on July 5th. First Baseman Ryan Zimmerman and pitcher Joe Ross opted out of the 2020 season in late June. The Nationals’ infield took a major hit, losing Anthony Rendon to the Angels after winning the MLB RBI crown in 2019, as well as Brian Dozier and Matt Adams. The lineup is still built solid though, with Victor Robles, Adam Eaton and Trea Turner at the top of the lineup and Howie Kendrick and Starlin Castro in the middle while Kurt Suzuki is expected to bring up the rear while seeing a large chunk of the backstop duties. The rotation is still strong for the most part, with World Series MVP Stephen Strasburg, strikeout machine Max Scherzer and Patrick Corbin part of a three-headed monster that combined for a 3.18 ERA in just over 583 innings last season in 93 combined starts. Anibal Sanchez has come back to be a solid #4, and Washington will find a 5th starter to round out the rotation whether it be Austin Voth, Erick Fedde or someone else in the system. The issue that needs to be resolved is the bullpen, as the Nats’ bullpen had an ERA close to six with 29 blown saves last season. Sean Doolittle and Daniel Hudson will be joined by Will Harris, but three guys don’t make up a complete bullpen staff by any means so it will be interesting to see how everything unfolds in that regard in the regular season.

From the schedule standpoint, the Nationals will play their usual cast of opposition with the Atlanta Braves, Philadelphia Phillies, New York Mets and Miami Marlins all on the other side while interleague play will feature the Nats playing the AL East. And that division has become no cakewalk. The Yankees are pegged as the team to beat in the division, Boston, Tampa Bay and Toronto are all looking like teams to look out for and Baltimore, well, they’ll be there let’s just say.

Odds/Prediction: The Nationals are priced at +1800 to defend their World Series crown and +750 to win the NL pennant, and to be honest, as much as the Nationals’ run was magical last season, I just don’t see it happening again. The starting rotation is one of the most well-rounded in the majors, but it’s going to come down to if the bullpen can do their jobs as well. The Nationals also lost a lot of offensive production from last year, so you have to think that’ll take its toll as well. The win total for Washington is set at 33.5 and that number scares be because it feels extremely close to what can actually come out of the season for Washington this season. However, I’m going to side with the under but barely under as I see this being a 32-33 win Washington Nationals team.