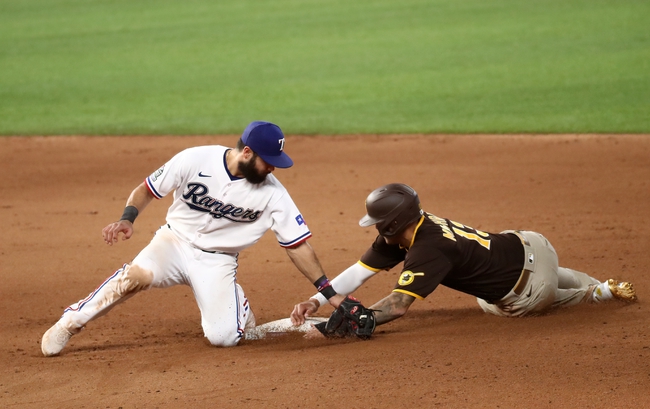 TV: FSSD, FSSW+ Stream the MLB Game of the Day all season on ESPN+. Sign up now!

The Texas Rangers and the San Diego Padres meet in MLB action from Petco Park on Wednesday night.

The Texas Rangers will look to bounce back from a 6-4 loss to the Padres on Tuesday. Joey Gallo led the way with a three-run home run while Scott Heineman had a double and an RBI to round out the scoring for Texas in the losing effort. Shin-Soo Choo, Danny Santana and Todd Frazier all had base hits as the Rangers cranked out just five hits as a team in the losing effort on Tuesday. Mike Minor took the loss, falling to 0-4 on the year after allowing six runs on nine hits while striking out six over 3.2 innings of work. Lance Lynn will get the start here and is 3-0 with a 1.11 ERA and 36 strikeouts this season. In his career, Lynn is 3-3 with a 3.00 ERA against San Diego.

The San Diego Padres will look to carry over the offense at home on Wednesday. All of San Diego’s scoring in the win was done with the home run, as Wil Myers belted a grand slam while Jurickson Profar had a two-run homer to make up the scoring for San Diego in the win. Jake Cronenworth went 2 for 3 with a double while Trent Grisham, Fernando Tatis Jr. Manny Machado and Josh Naylor all had two hits as well to finish off San Diego’s offense as a team in the victory. Craig Stammen picked up the win in relief to improve to 2-1 on the year while Cal Quantrill picked up his 1st save by closing out the 9th. Chris Paddack will get the start here and is 2-2 with a 4.91 ERA and 22 strikeouts this season. This will be Paddack’s first career start against Texas.

These two teams have combined for 28 runs over the last two games, and while those matchups haven’t been ace-type matchups like we have here, the offenses have still been clicking. Paddack is coming off of his worst start of the season against the Dodgers and while Lynn’s pitched well, you wonder when the other shoe will drop and when the regression will begin. Either way, I’m thinking this is a low total given the offense that’s been on display so I’ll back the over as my free pick for this game but my stronger play is on the side and that’s available as a premium pick that you can find here. 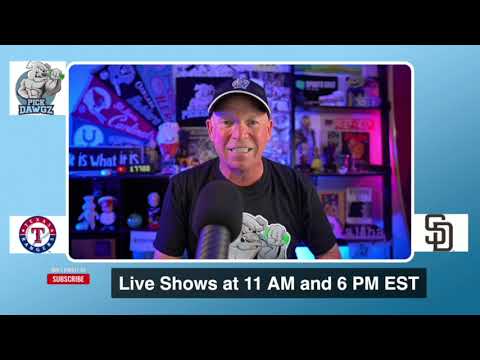