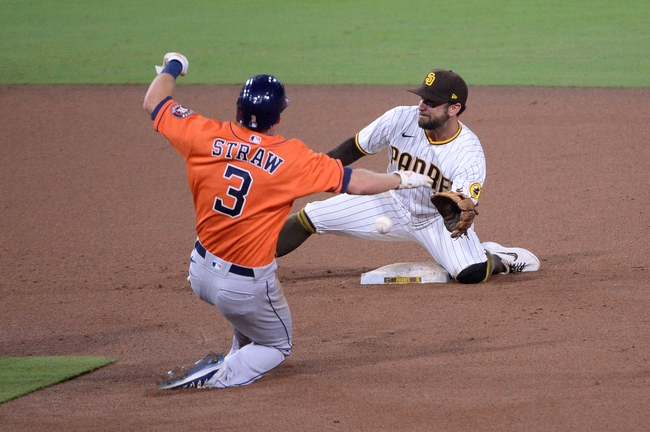 TV: MLBN, FSSD, ATTH Stream the MLB Game of the Day all season on ESPN+. Sign up now!

The Houston Astros and the San Diego Padres meet in MLB action from Petco Park on Saturday night.

The Houston Astros will try to rebound from a 4-3 loss to the Padres on Friday night. Myles Straw went 2 for 3 with a double and an RBI while Kyle Tucker and Carlos Correa each had an RBI as well to finish off Houston’s scoring as a team in the losing effort. Jose Altuve went 2 for 4 at the dish while George Springer and Taylor Jones each had a double to cap off Houston’s offense as a team in the losing effort. Lance McCullers Jr. ended up with the loss, falling to 2-2 on the year after allowing four runs on seven hits while striking out a pair over five innings of work. Brandon Bielak will start here and is 3-0 with a 1.69 ERA and 15 strikeouts this season. This will be Bielak’s first career start against San Diego.

The San Diego Padres will look to build off of their win over the Astros from Friday night. Manny Machado had two RBIs while Jake Cronenworth had a double and an RBI and Jurickson Profar added an RBI as well to finish off San Diego’s scoring as a team in the victory. Trent Grisham went 2 for 5 with a double and Eric Hosmer added a two-bagger as well while Wil Myers added a base hit to finish off San Diego’s offense as a team in the loss. Javy Guerra got the win in relief of starter Garrett Richards to improve to 1-0 while Emilio Pagan closed things out for his 1st save. Zach Davies will start here and is 3-2 with a 3.25 ERA and 24 strikeouts this season. This will be Davies’ first career start against Houston.

The pitchers were the story in Friday’s matchup, but I expect the offenses to come to life on Saturday. Bielak’s a solid young pitcher but the Padres have woken up over the last few days after struggling last week and we’re all aware of the talent that the Astros possess, scandal or not. I’ll side with the over as my free play for this game, but my stronger play is on the side and I have that available as a premium pick that you can find here. 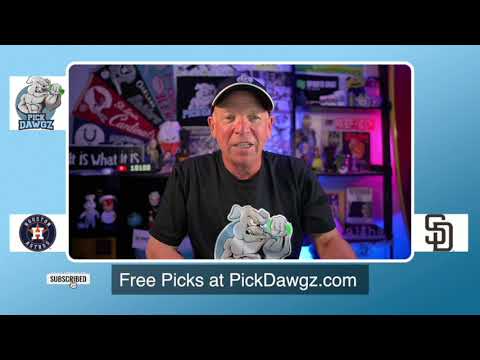