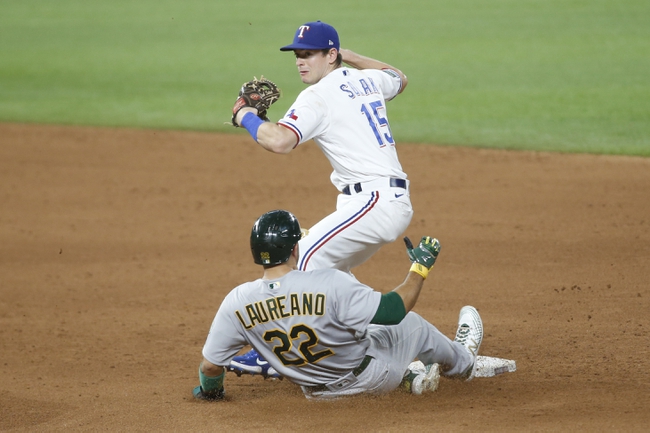 TV: NBCS-Bay Area, FS-Southwest Stream the MLB Game of the Day all season on ESPN+. Sign up now!

The Oakland A’s and the Texas Rangers meet in an AL West division matchup in MLB action from Globe Life Field on Thursday.

The Oakland A’s will try to build off of their 3-1 win over the Rangers on Wednesday. Stephen Piscotty went 2 for 5 with an RBI while Robbie Grossman added an RBI as well for the A’s in the winning effort. Mark Canha, Matt Olson and Marcus Semien each had base hits to cap off Oakland’s offense as a team in the win as the A’s had just five hits combined. Mike Fiers got the win to improve to 4-1 after throwing six shutout innings, giving up just three hits while striking out seven. Liam Hendriks closed out the 9th for his 10th save of the season. Chris Bassitt will start here and is 2-1 with a 2.97 ERA and 28 strikeouts this season. In his career, Bassitt is 1-2 with a 5.84 ERA and 28 strikeouts against Texas.

The Texas Rangers will look to bounce back from their loss to Oakland on Wednesday. Nick Solak had a double for the Rangers while Jose Trevino and Shin-Soo Choo each chipped in a base knock as well as the Rangers managed to crank out just three hits as a team in the losing effort. Kolby Allard took the loss, falling to 0-3 on the year after allowing two runs on one hit while striking out five over 5.1 innings of work. Jordan Lyles will get the call in this one and is 1-3 with a 9.25 ERA and 16 strikeouts this season. In his career, Lyles is 2-0 with a 1.45 ERA in three starts against Oakland.

Wednesday saw a tight affair where runs were at a premium, but I think both offenses wake up at least a bit for Thursday’s game. Lyles has had issues at home this year, posting an ERA over seven at Globe Life Field while Bassitt’s given up at least three runs in each of his last three starts. I think we could be in store for a double-digit run game, so I’ll side with the over as my free pick for this game but my stronger play is on the side and I have that available as a premium pick that you can find here. 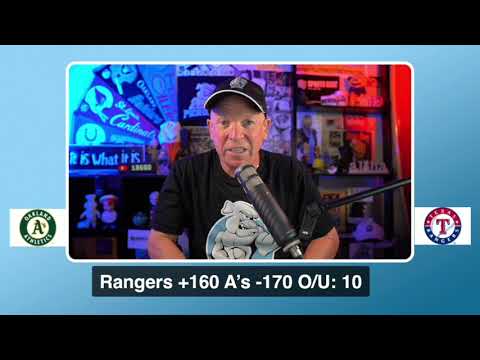