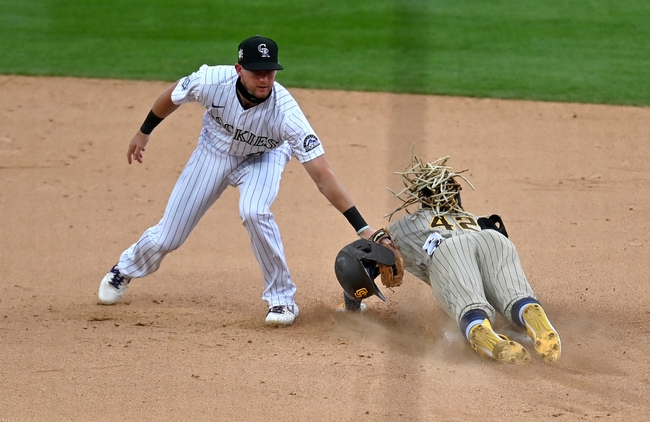 TV: ESPN, ATRM, FSSD Stream the MLB Game of the Day all season on ESPN+. Sign up now!

The San Diego Padres look for a win after splitting their last six games. The Padres have scored 26 runs in their last three games and four or more runs in 12 of their last 15 games. The Padres have won 10 straight games when scoring four or more runs. Fernando Tatis Jr. leads the Padres with 45 hits and 31 RBI while Manny Machado and Jake Cronenworth have combined for 78 hits and 46 RBI. The San Diego Padres didn’t list a starting pitcher at the time this article was published.

The Colorado Rockies look for a win after splitting their last eight games. The Rockies have scored 10 runs in their last three games and four or more runs in five of their last 10 games. The Rockies have split their last eight games when scoring four or more runs. Charlie Blackmon leads the Rockies with 46 hits and 28 RBI while Trevor Story and Nolan Arenado have combined for 74 hits and 39 RBI. German Marquez gets the ball, and he is 2-4 with a 4.50 ERA and 40 strikeouts this season. Marquez is 5-2 with a 4.88 ERA and 69 strikeouts in his career against the Padres.

German Marquez has allowed 19 earned runs and 37 hits in his last 30.1 innings, and he's allowed 13 runs and 16 hits in his last 10 innings. In 86 career at bats against current Padres hitters, German Marquez is allowing a .376 batting average, a .391 on base percentage and a .556 slugging percentage. Marquez has allowed five homers and 13 RBI during that span. The San Diego Padres didn't announce a starting pitcher at this time of this post, but I'm not sure it matters much. Marquez has been rough this month to say the least and the Padres have hit him hard. The Padres also hitting the ball all over the park this season.

Give me the Padres in this game, as they should have a field day with Marquez on the hill. 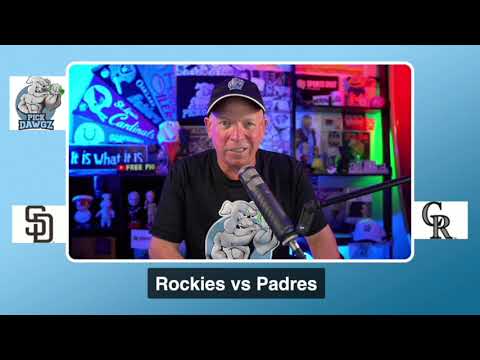