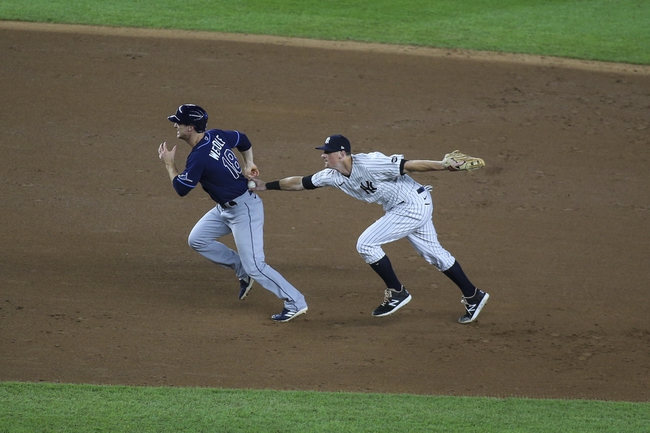 This will be the second installment of a three-game series between these American League East rivals this week. In the series opener on Monday, the Rays knocked the Yankees around yet again, jumping out to a 5-0 lead after six innings. Tampa ended up cruising to a 5-3 win to continue their domination over New York this year. Check back all season long for free MLB picks and MLB predictions at Sports Chat Place.

The Rays had a 3-0 lead after just two innings on Monday, which is impressive considering they were facing the Yankees’ ace. Tampa Bay out-hit New York 11-7 in that victory, helped immensely by a great night from KJ Choi. He went 3-for-3 with three RBI, two runs and a two-run homer in the first inning. Starting pitcher Tyler Glasnow went 6.0 innings with just two hits, no earned, one walk and nine strikeouts.

Over on the Yankees’ side, they got off to a bad start on Monday when Gerrit Cole coughed up three runs in the first two frames. Cole would eventually give up four earned on eight hits in five innings alongside seven strikeouts, two homers and four walks. DJ LeMahieu was the highlight of an anemic Yankees offense, going 2-for-5 with a run.

Pick: Going Rays here. Sure, Tanaka was solid in his last start; he went five scoreless innings with three hits and no walks against the Braves. That said, Tanaka was also worn out after 66 pitches and the Yankees were looking for something in the mid-80s. Considering how shaky the New York bullpen has been lately, I don’t trust that group to hold back Tampa Bay’s opportunistic hitters long enough to eke out a win. Especially with the Yankees lineup decimated by injuries and underperformance. 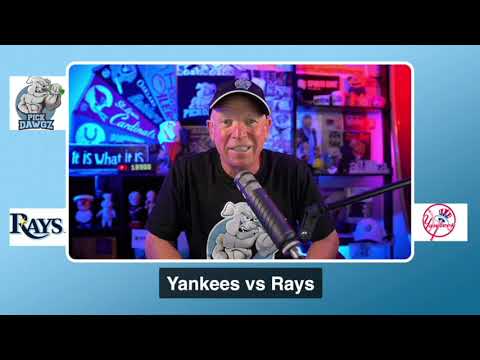