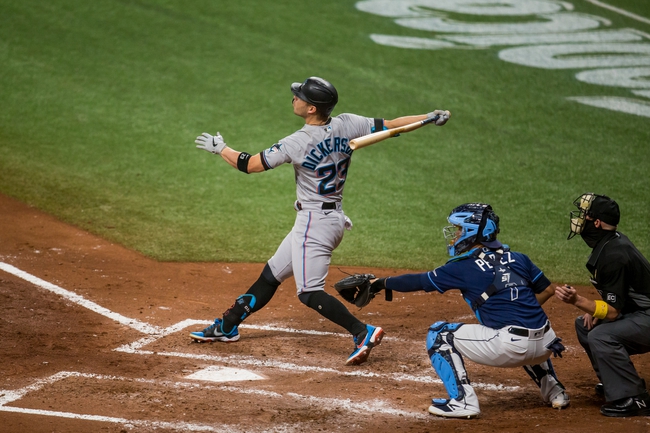 TV: MLBN, FS SUN, FSFL Stream the MLB Game of the Day all season on ESPN+. Sign up now!

The Miami Marlins and the Tampa Bay Rays meet in MLB action from Tropicana Field on Sunday.

The Miami Marlins will look to build off of a 7-3 win over the Tampa Bay Rays last time out. Corey Dickerson had a two-run home run while Matt Joyce added a double and two RBIs and Harold Ramirez had an RBI as well in the win. Lewis Brinson went 2 for 4 with a double and Brian Anderson had a two-bagger as well while Jesus Aguilar and Miguel Rojas each had a base hit to finish off the offense for the Marlins in the win. Sandy Alcantara got the win to improve to 2-1 after allowing just one run on four hits while striking out eight over six innings of work. Brandon Kintzler closed things out for his 9th save of the year. Taylor Rogers starts here and is 1-0 with a 2.00 ERA and 11 strikeouts this season. This will be Rogers’ first career start against Tampa Bay.

The Tampa Bay Rays will try to rebound from that disappointing performance against the Marlins on Saturday. Michael Perez went 3 for 3 with a double and all three of Tampa Bay’s RBIs while Randy Arozarena had a pair of hits and Ji-Man Choi added a double of his own to finish off the offense for the Rays in the loss. Blake Snell took the loss, falling to 3-1 after allowing four runs on six hits while striking out eight over five innings of work. Tyler Glasnow will start here and is 2-1 with a 4.24 ERA and 57 strikeouts this season. This will be Glasnow’s second career start against Miami.

The plus money with Miami is really tempting considering that Rogers has looked pretty good in the first two starts he’s made this season, but the issue is that he’s still fairly green and Tampa Bay’s been playing really, really well up to this point in the season. Tyler Glasnow has appeared to shake off whatever struggles he was dealing with at the start of August and is back to dealing, allowing just four runs across his last three starts spanning 18.2 innings of work with 30 strikeouts. I think Glasnow throws another solid outing here so give me the Rays on the run line. 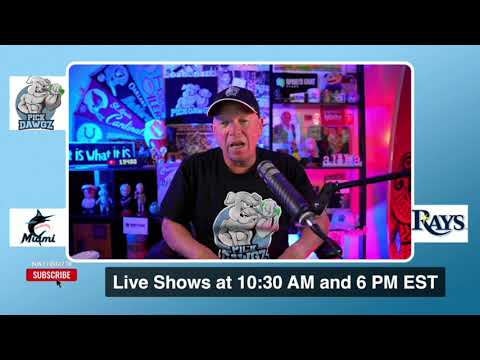