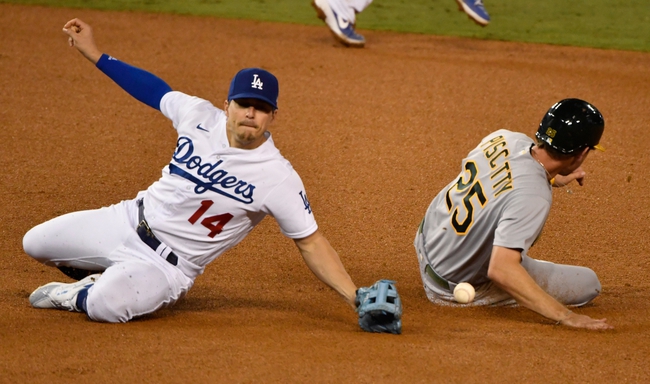 TV: SNLA, NSCA Stream the MLB Game of the Day all season on ESPN+. Sign up now!

The Oakland Athletics look for a win after splitting their last 12 games. The Athletics have scored 10 runs in their last three games and four or more runs in four of their last eight games. The Athletics have won nine of their last 11 games when scoring four or more runs. Marcus Semien leads the Athletics with 43 hits and 23 RBI while Mark Canha and Ramon Laureano have combined for 78 hits and 51 RBI. Mike Fiers gets the ball, and he is 6-2 with a 4.67 ERA and 34 strikeouts this season. Fiers is 4-1 with a 2.00 ERA and 35 strikeouts in his career against the Dodgers.

The Los Angeles Dodgers look to stay hot after winning seven of their last 10 games. The Dodgers have scored 14 runs in their last three games and four or more runs in six of their last seven games. The Dodgers have won eight of their last 10 games when scoring four or more runs. Corey Seager leads the Dodgers with 64 hits and 39 RBI while Mookie Betts and Cody Bellinger have combined for 111 hits and 68 RBI. Walker Buehler gets the ball, and he is 1-0 with a 3.86 ERA and 36 strikeouts this season. This will be Buehler’s first career game against the Athletics.

Walker Buehler has allowed two earned runs and six hits in his last 7.2 innings while Mike Fiers has allowed eight runs and 18 hits in his last 17 innings. We know how good the Los Angeles Dodgers are at home and they don't lose back to back games often, but we're once again getting big plus money with a solid A's squad, and Fiers has settled down his last few starts. The Dodgers should be favored, but the Athletics at this price is hard to pass up. 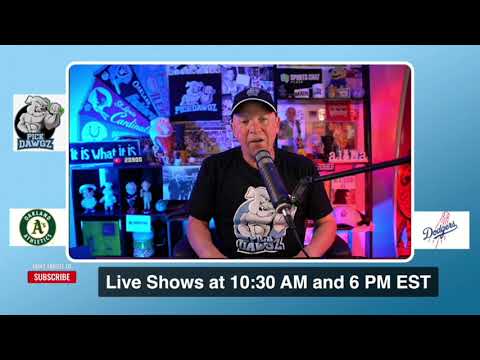