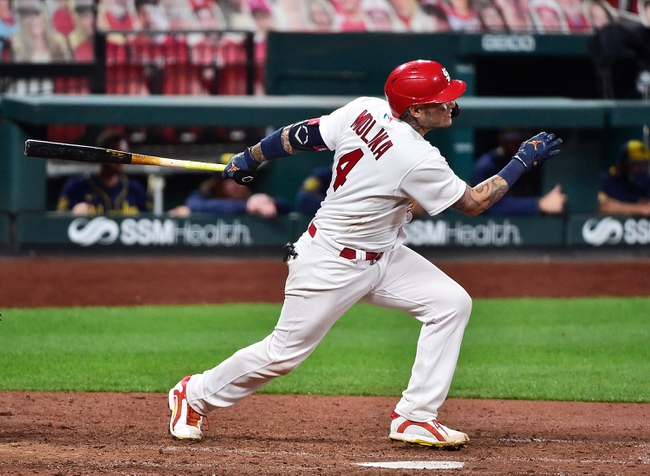 The Milwaukee Brewers and the St. Louis Cardinals meet in an NL Central division matchup in MLB action from Busch Stadium on Saturday.

The Milwaukee Brewers will try to rebound after being forced to settle for a split of a double-header with the Cards, taking game one by a final score of 3-0 before losing the second half 9-1. Game one saw Christian Yelich homer while Eric Sogard went 2 for 3 with an RBI and Orlando Arcia had an RBI as well.  Brent Suter went four shutout innings in the start, but didn’t factor in the decision. Devin Williams got the win while Josh Hader closed things out for his 12th save of the year. Game two saw a flipside, as Orlando Arcia’s solo homer wes the only run they’d score, the Brewers also had a base hit from Eric Sogard as Milwaukee put up just two hits as a team in game two. Josh Lindblom would take the loss there to fall to 2-4 after allowing three earned in just 2.1 innings of work. Brandon Woodruff will start here and is 2-5 with a 3.43 ERA and 81 strikeouts this season. In his career, Woodruff is 2-1 with a 3.60 ERA and 20 strikeouts against St. Louis.

The St. Louis Cardinals will look to carry that momentum from the second game win to Saturday’s matchup. Game one saw Paul Goldschmidt log a double while four other cardinals had a single behind him to make up the St. Louis offense as the Cardinals had just five hits as a team in the losing effort. Game two was another story, as Dylan Carlson, Matt Wieters and Tommy Edman each had two RBIs as Kolten Wong, had an RBI. Daniel Ponce de Leon got the win to improve to 1-3 after striking out 6 on the way to the victory. Adam Wainwright will start here and is 5-2 with a 3.05 ERA and 51 strikeouts this season. In his career, Wainwright is 18-10 with a 2.45 ERA and 227 strikeouts against Milwaukee.

The thing for me here is that I get two solid pitchers in Woodruff and Wainwright, but the problem for Milwaukee is that any of the momentum from the win in game one is gone and now have to send Woodruff to the mound who hasn’t been all that great this year in his own right. I’ll side with St. Louis at home to build some momentum down the stretch.

The pick in this article is the opinion of the writer, not a Sports Chat Place site consensus.
Previous Pick
MLB Picks: Detroit Tigers vs. Kansas City Royals 9/26/20
Next Pick
MLB Picks: Pittsburgh Pirates vs. Cleveland Indians 9/26/20 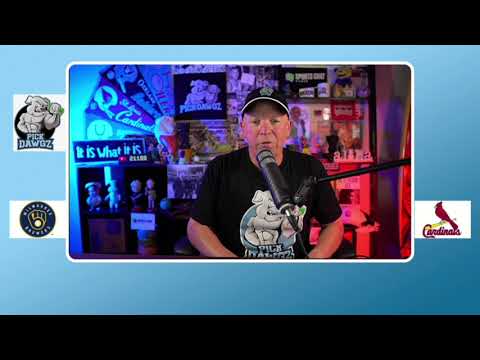