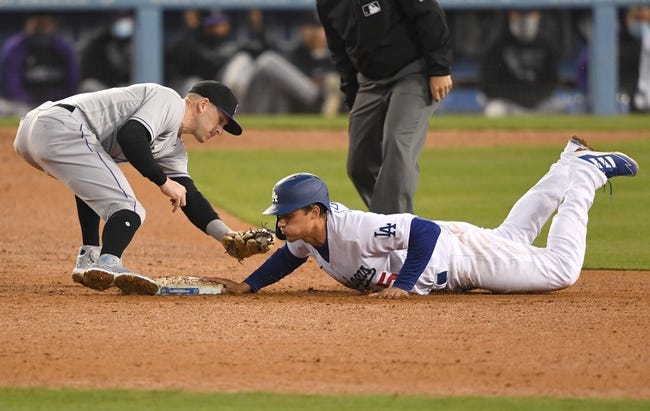 The Colorado Rockies need a win to snap a five-game losing streak. The Rockies have scored two runs in their last three games and three or less runs in five straight games. The Rockies are 0-6 this season when scoring three or less runs. Trevor Story leads the Rockies with 12 hits and three RBI while Ryan McMahon and Raimel Tapia have combined for 22 hits and 13 RBI. Austin Gomber gets the ball, and he is 0-2 with a 2.89 ERA and seven strikeouts this season. Gomber is 0-2 with a 8.18 ERA and nine strikeouts in his career against the Dodgers.

The Los Angeles Dodgers look to build on their impressive 10-2 record. The Dodgers have scored 14 runs in their last three games and four or more runs in nine of their 12 games. The Dodgers have won eight straight games when scoring four or more runs. Justin Turner leads the Dodgers with 16 hits and 11 RBI while Corey Seager and Max Muncy have combined for 30 hits and 15 RBI. Julio Urias gets the ball, and he is 2-0 with a 2.84 ERA and nine strikeouts this season. Urias is 1-1 with a 5.01 ERA and 38 strikeouts in his career against the Rockies.

Austin Gomber is off to a solid start through 9.1 innings, but I'm not sure it matters with the Rockies bats continuing to struggle. The Los Angeles Dodgers are on a roll again and it's probably not a good time to bet against them. Julio Urias is also pitching well, and he's allowing a .207 batting average with 22 strikeouts in 75 at bats against current Rockies. Yeah. Give me the Dodgers and the RL for max betting value. 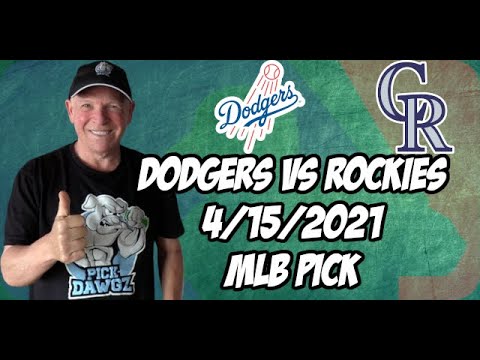