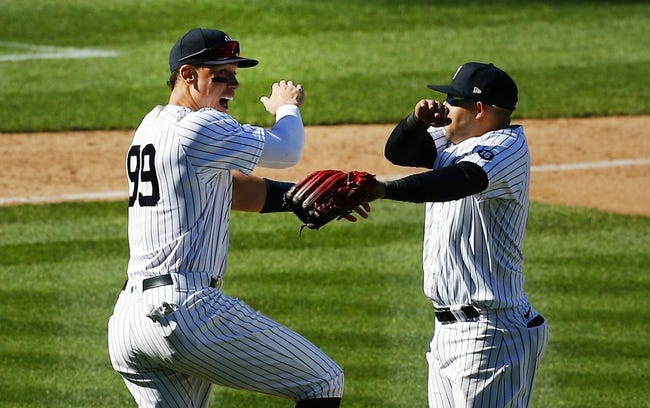 The Houston Astros and the New York Yankees meet Tuesday in MLB action from Yankee Stadium.

Houston is coming off a set versus the Rays this weekend. The Astros won Friday and Saturday but fell in the Sunday game. As for the Yankees, they played the Tigers over the weekend. New York won all three of those outings for a sweep. Check back all season long for free MLB picks at Sports Chat Place.

Houston came out firing versus the Rays on Friday with a 9-2 win, then kept it going with a 3-1 victory on Saturday. In the Sunday game, the Astros fell in a close one 5-4 after coughing up an early lead. Starter Cristian Javier went 5.0 innings with four hits, three earned, two walks and four Ks in the defeat.

For the Tuesday starting pitcher role, the Astros will send out Zack Greinke. Over his six outings so far this year, Greinke has 36.2 innings with 36 hits, 14 earned runs, five homers allowed, six walks, 27 strikeouts and a 3.44 ERA.

Over on the Yankees’ side, they notched a blowout 10-0 win on Friday versus the Tigers and kept it going Saturday 6-4 and Sunday 2-0 for the sweep. In the Sunday win, starting pitcher Corey Kluber was great on 8.0 innings, two hits, one walk and 10 Ks.

For the Tuesday starter role, the Yankees are sending out Domingo German. In four outings so far, German has 20.0 innings, 22 hits, 10 runs (nine earned), four homers allowed, four walks, 19 strikeouts and a 4.05 ERA.

PICK: I’m going to stick with the Astros. This should be a pretty good series overall, though. Greinke didn’t do all that well in his last start versus the Mariners, lasting just 4.0 innings with four earned. As for German, his first two appearances this year were shaky but over his last pair he’s given up just two earned in 13.0 innings. I don’t think he’ll have as much luck with the Astros hitters, though. 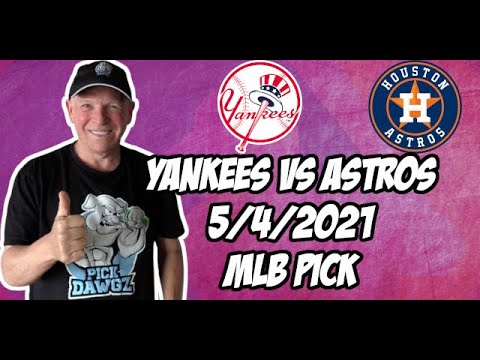