The Atlanta Braves and the Washington Nationals meet Tuesday in MLB action from Nationals Park.

Atlanta is coming off a weekend series versus the Blue Jays. The Braves had trouble in that one and were swept in all three games. As for the Nationals, they played the Marlins over the weekend. Washington won all three of their matchups in that set. Check back all season long for free MLB picks at Sports Chat Place.

Atlanta coughed up a ton of runs in the Blue Jays series, losing 13-5 Friday, 6-5 Saturday and 7-2 in the Sunday game. The Braves had nine hits in that Sunday finale loss, and starter Ian Anderson went 4.0 innings with six hits, four earned, two walks and five Ks.

For the Tuesday starting pitcher role, the Braves will send out Huascar Ynoa. Over his six outings and 27.1 innings overall this year, Ynoa has 19 hits, nine earned runs, five homers allowed, six walks, 34 strikeouts and a 2.96 ERA.

Over on the Nationals’ side, they had a couple of close calls in the Marlins series but still ended up with the sweep with wins 2-1 Friday, 7-2 Saturday and 3-1 on Sunday. Starter Max Scherzer went the distance Sunday with 9.0 innings, five hits, one earned and nine Ks.

For the Tuesday starter slot, the Nationals are sending out Joe Ross. Over his four starts so far, Ross has 21.1 innings with 19 hits, 11 runs, five homers allowed, seven walks, 18 strikeouts and a 4.64 ERA.

PICK: I like the Nationals in this one. Washington had their pitching working well in the Marlins series, allowing just four runs over a three-game stretch. Atlanta had the opposite problem, giving up a whopping 26 runs in their three weekend games versus 12 runs for themselves. Ross had a bad outing versus the Cardinals on April 19 but bounced back well with 6.0 innings and one earned in his last game. I like another good performance in a Nats win here. 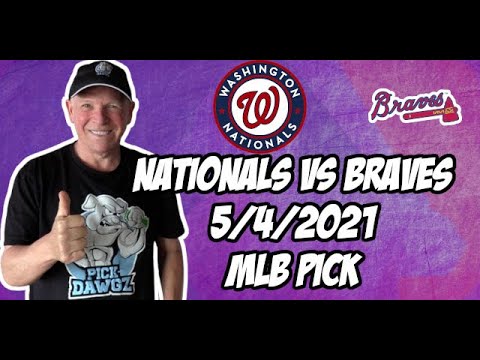