The Cleveland Indians and the Kansas City Royals meet Wednesday in MLB action from Kauffman Stadium.

This will be the third installment in a four-game set between these teams this week. The Indians got a two-run win in the Monday opener, then on Tuesday Cleveland did it again with another victory. Check back all season long for free MLB picks at Sports Chat Place.

Cleveland posted a solid win on Monday, bagging five runs in the seventh inning on the way to an 8-6 result. In the Tuesday game, the Indians scored three runs in the sixth and another four in the eighth on the way to a 7-3 win. Starter Phil Maton went 1.1 innings with two hits and one earned.

For Wednesday’s matchup, the Indians will send out Shane Bieber in the starting role. This year over his 42.1 innings of work, Bieber has 28 hits, 13 earned runs, five homers allowed, 14 walks, 68 strikeouts and a 2.76 ERA overall.

Over on the Royals’ side, they put together a pretty good offensive effort on Monday but couldn’t keep up on the scoreboard. In the Tuesday game, KC had 10 hits but could only translate them into three runs in the loss. Starting pitcher Mike Minor went 5.1 innings with three earned on three hits with three Ks and three walks.
For Wednesday’s matchup, the Royals are going with Brady Singer. Across his 23.1 innings in five appearances, Singer has 19 hits, 12 runs (eight earned), two homers allowed, nine walks, 26 strikeouts and a 3.09 ERA.

PICK: I’m going to stick with the Indians here. Singer had a short start his last time up due to being hit in the heel by a line drive. He seems to be okay however, and has given up just three earned over his last four games. That said, Bieber is on a strikeout tear with at least eight Ks in 18 consecutive starts. If Bieber comes in dealing and can avoid mistakes, this game should be Cleveland’s to take. 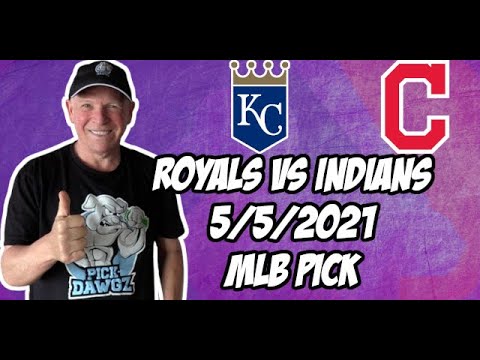