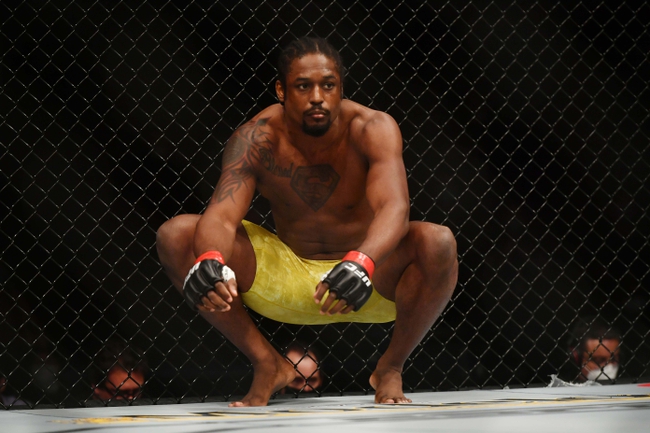 Johnny Walker enters this fight with a 17-5 record and has won 82 percent of his fights by knockout. Walker has won six of his last eight fights and is coming off a March loss to Nikita Krylov. Walker is averaging 4.01 significant strikes per minute with an accuracy percentage of 70 percent. Walker is averaging 0.43 takedowns with an accuracy percentage of 100 percent. Walker is coming off a decision loss at UFC Fight Night 170 where he ate 128 total strikes and was taken down three times. Walker has now lost back to back fights and a lot of his momentum is gone out the window. When in good form, Walker throws everything hard with great variety and can finish a fight out of nowhere, and we’ve seen it countless times on the UFC level. Walker is very athletic for a guy his size and fights with a great deal of pressure that allows him to take chances. Walker is one of the more powerful and creative fighters in the sport and a brown belt in BJJ. In order to fulfill the hype, Walker can’t be riding a three-fight losing streak. This will be Walker’s third career fight in Las Vegas.

Ryan Spann enters this fight with a 18-5 record and has won 61 percent of his fights by submission. Spann has won eight straight fights and is coming off a May win over Sam Alvey. Spann is averaging 3.32 significant strikes per minute with an accuracy percentage of 43 percent. Spann is averaging 1.13 takedowns with an accuracy percentage of 30 percent. Spann is coming off a split decision win at UFC 249 where he landed much less total strikes and was less accurate with his significant shots. Spann did produce two takedowns, and he’s now 4-0 under the UFC banner and hasn’t lost a fight overall in over three years. Spann is quite an athlete who throws powerful strikes and strong knees in the clinch, but he’s most effective on the canvas where he gains top position and finds a chokehold. Spann has won seven of his 11 submissions with the guillotine choke. Spann is also more than comfortable with his stand up where he can end things with one shot and throws clean combinations once he gets his timing down. This will be Spann’s third career fight in Las Vegas.

Walker can’t possibly lose three fights in a row after being one of the most hyped fighters on the UFC roster about a year ago, can he? I’m still high on Walker’s ability and he’s a good guy for the sport, but he hasn’t looked great his last two times in the octagon. Spann is also a powerful striker who can hold his own with Walker standing up, but his takedown ability and ground game probably gives him the edge in terms of where this fight can end up.

Really tough fight to pick and possibly the most entertaining on the card, but I’ll side with Spann and the plus money.