The Los Angeles Lakers and the Denver Nuggets do battle in Game 1 of the Western Conference Finals at the AdventHealth Arena on Friday night.

The Denver Nuggets are coming into this series with plenty of confidence after overcoming a 3-1 series deficit to take down the Clippers in seven games. Nikola Jokic took his game to another level as he led the team with averages of 24.4 points, 13.4 rebounds, 6.6 assists and 1.4 blocks per game, Jamal Murray averaged 22.6 points and 6.4 assists per game, Michael Porter Jr. averaged 10.1 points and 6.9 rebounds per game while Paul Millsap averaged 9.9 points and 4.9 rebounds per game. As a team, the Nuggets averaged 103.6 points per game while shooting 46.5 percent from the field and 35.8 percent from the 3-point line.

Meanwhile, the Los Angeles Lakers will be feeling good and fully rested after making light work of the Rockets in a five-game series. LeBron James led the team with averages of 25.8 points, 10.4 rebounds, 7.4 assists, 2.0 steals and 1.8 blocks per game, Anthony Davis averaged 25.4 points, 12.4 rebounds, 4.0 assists and 1.4 blocks per game and the third best player for the Lakers against the Rockets was Rajon Rondo who averaged 10.6 points, 4.6 rebounds and 7.0 assists per game off the bench. As a team, the Lakers had their way against the smaller Rockets lineup as they averaged 111.0 points per game while shooting 51.0 percent from the field and 37.7 percent from the 3-point line.

The Nuggets come into this series with plenty of momentum after coming back from a 3-1 series deficit for the second time in these playoffs. Murray has taken his game to another level and will only grow in confidence from his play in Game 7, while Jokic has shown that he can legitimately dominate a game while taking only 14 shots. The Lakers have had the luxury of rest as they took care of the Rockets in just five games and it’s been James and Davis leading the way on both ends of the floor. Unfortunately, the Lakers could be a little shorthanded as Rajon Rondo is listed as questionable with back spams while Dion Waiters is listed as doubtful with a groin injury. These two teams met four times in the regular season and it was the Lakers who won by 3-1, but their last meeting was a 124-121 win for the Lakers in the bubble and I think we’re going to see a similar result here. Even if Rondo doesn’t suit up, I think the Lakers do enough to get the win, but I like the Nuggets to get the cover. 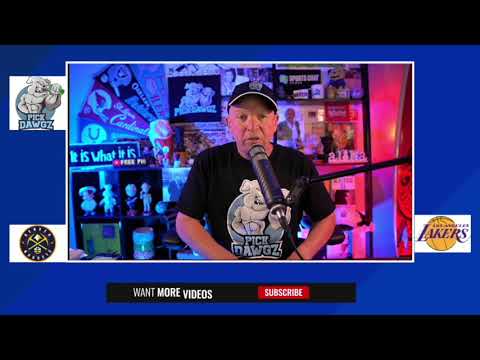