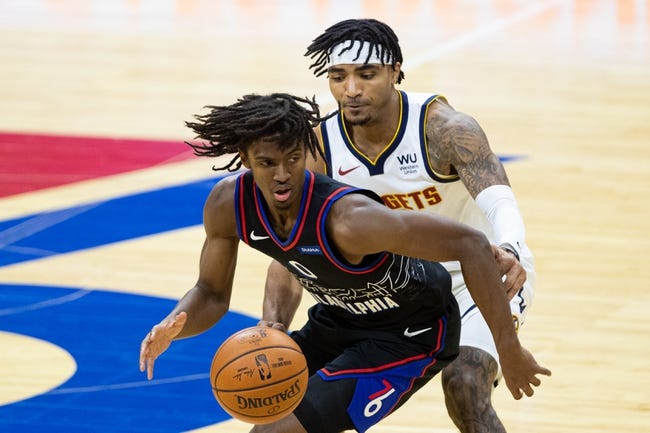 The Philadelphia 76ers and Denver Nuggets meet Tuesday in NBA action at the Ball Arena.

The Philadelphia 76ers are a tough team to ignore free points with given the way they've played all year, but they need to be full strength to trust them in spots like this. The Denver Nuggets win at home by an average of 5.8 points and they got a lot better at the trade deadline with the addition of Gordon. The Nuggets are a team to keep a close on on down the stretch. I'll lay the chalk.