Which NFL Receiver Had the Most Receiving Yards in a game? 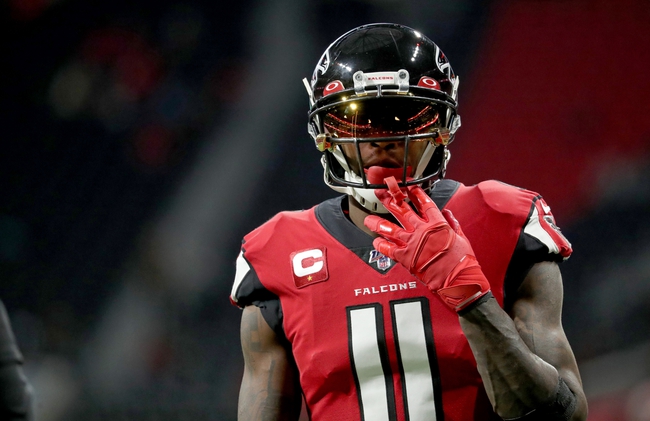 The NFL receiver with the most receiving yards in a game

The ten receivers with the most receiving yards in a game

Is there anything more exciting in an NFL than a receiver who has a big game and scores a couple touchdowns? Let’s take a look at the ten best games in NFL history in terms of receiving yards. Check back all season long for free picks and predictions on every NFL game at Sports Chat Place.

John Taylor had 11 catches for 286 yards and two touchdowns in a game in early December of 1989 against the Los Angeles Rams.

Jerry Rice made a lot of secondaries look silly, including a game against the Minnesota VIkings in 1995. In that game Rice finished with 289 yards.

Because Jimmy Smith played for the Jacksonville Jaguars, a lot of people overlook how special of a player he was. Against the Baltimore Ravens in 2000, he finished with 291 yards.

Julio Jones has had many special games throughout his career. In 2016 against the Carolina Panthers, Jones finished with 300 yards.

All the way back in 1950, Cloyce Box had the best game of this career Box finished the game with 12 catches for 302 yards and four touchdowns.

Jim Benton finished with 303 yards in the best game of his career back in 1945.In that game Benton also finished with a touchdown.

Stephone Paige was the star for the show for the Kansas City Chiefs against the San Diego Chargers finishing with eight receptions for 309 yards and two touchdowns.

Against the Dallas Cowboys in 2013 Calvin Johnson was a stud putting up 329 yards and a touchdown and 14 receptions.

Flipper Anderson holds the NFL record for receiving yards in a season. Anderson had 326 yards and a touchdown on 15 receptions.

The pick in this article is the opinion of the writer, not a Sports Chat Place site consensus.
Previous Pick
NFL News: Update for 6/20/20
Next Pick
Tennessee Titans vs. New England Patriots - 6/20/20 Madden20 NFL Sim Pick, Odds, and Prediction