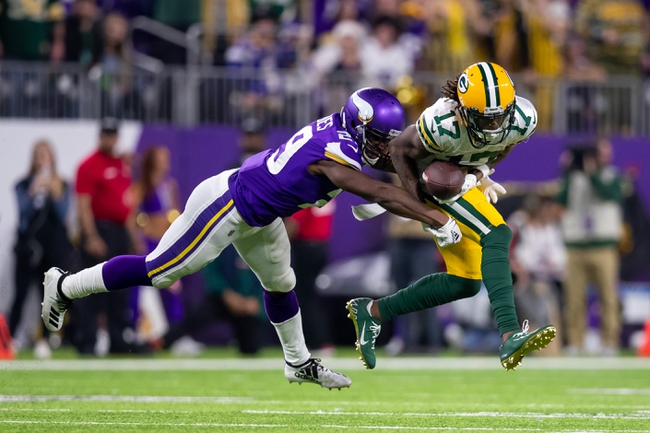 The Green Bay Packers and the Minnesota Vikings meet Sunday in NFL action from US Bank Stadium.

The Packers are coming off a 13-3 regular-season campaign and a first-place finish in the NFC North Division. Green Bay won the Divisional Playoffs over Seattle 28-23 but fell in the NFC Championship to the 49ers 37-20. As for the Vikings, they went 10-6 last season and finished second in the division. Minnesota won their Wild Card Playoffs game versus the Saints 26-20 in OT, but fell to the 49ers in the Divisional Playoffs 27-10. Check back all season long for free NFL picks and NFL predictions at Sports Chat Place.

Green Bay had a pretty great run last season, chalking up victories in seven of their first eight games. The Packers did have a 1-2 stretch around their bye week, but finished strong with five straight wins to close out the regular season. Green Bay’s season was done in by a bad first half versus the 49ers in the NFC Championship, falling behind 27-0 at the break.

2020 marks the return of Packers head coach Matt LaFleur in his second season. There will be a few new faces on the team this year, as guys like Bryan Bulaga and Jimmy Graham are gone, and a crew including Devin Funchess and Rick Wagner have joined. Green Bay also made an interesting selection in the draft, taking QB Jordan Love out of Utah State as the heir apparent to Aaron Rodgers.

Over on the Vikings’ side, they got off to a nice 8-3 start before their bye last season, but stumbled afterward with three losses in five games. Minnesota lost both games versus the Packers, 21-16 in Week 2 and 23-10 in Week 16. The Wild Card game versus the Saints was pretty epic, but the Vikings lost steam versus San Francisco, who would ultimately get to the Super Bowl.

The Vikings lost a few players via trades and contract expirations over the summer, including Stefan Diggs, Trae Waynes and Stephen Weatherly. New faces on the Minnesota roster include DT Michael Pierce, LB Eric Wilson and DE Anthony Zettel. The Vikings also picked up WR Justin Jefferson and CB Jeff Gladney in the fist round of the draft.

Pick: Going Green Bay. Three points is about all I’m comfortable at here, though. I do think Minnesota will gain some more ground in the division this season, and does have a good shot at winning it all. That said, the Packers are still a talented and experienced team, and guys like Rodgers can snatch victory from the proverbial jaws of defeat with the best of them. This should be one of the best games on the opening-weekend NFL slate, and a very close result. 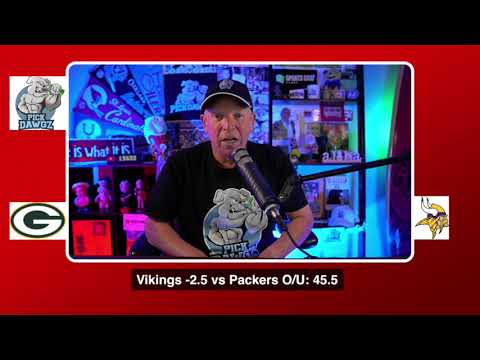