The Miami Dolphins need a victory here to prevent back-to-back 0-3 starts to a season. The Miami Dolphins have lost four of their last five road games. Ryan Fitzpatrick is completing 66.2 percent of his passes for 519 yards, two touchdowns and three interceptions. Fitzpatrick has one or less touchdown passes in five of his last 10 games. Mike Gesicki and DeVante Parker have combined for 260 receiving yards and two touchdowns while Isaiah Ford has nine receptions. The Miami Dolphins ground game is averaging 93 yards per contest, and Myles Gaskin leads the way with 86 yards on 16 carries. Defensively, Miami is allowing 26 points and 440.5 yards per game. Jerome Baker leads the Miami Dolphins with 22 tackles, Kyle Van Noy has one sack and Christian Wilkins has two pass deflections.

The Miami Dolphins showed a lot of improvement in their game last week against the Buffalo Bills and were a play or two away from pulling off the upset. I'm still worried about the Dolphins inability to get stops defensively and the questionable status of cornerback Byron Jones doesn't help, but there is progress being made under coach Brian Flores nonetheless. The Jacksonville Jaguars beat a playoff contender in the Colts and just went toe-to-toe with a solid Titans club, so they're off to a strong and impressive start. With that said, I'm not to the point where I want to be laying chalk with the Jaguars, especially on a short week. We have two gunslingers in Fitzpatrick and Minshew, this game could go either way.

Give me the Dolphins and the points.

The pick in this article is the opinion of the writer, not a Sports Chat Place site consensus.
Previous Pick
Las Vegas Raiders vs. New Orleans Saints - 9/21/20 NFL Pick, Odds, and Prediction
Next Pick
NFL Picks: Buffalo Bills vs Los Angeles Rams NFL Predictions and Odds 9/27/20 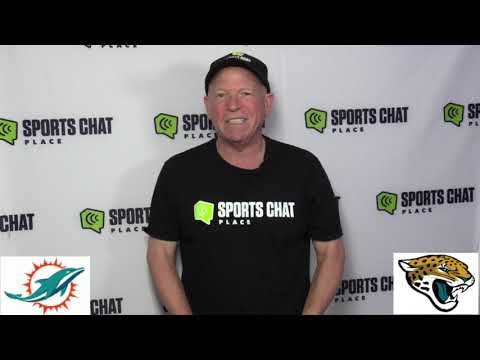