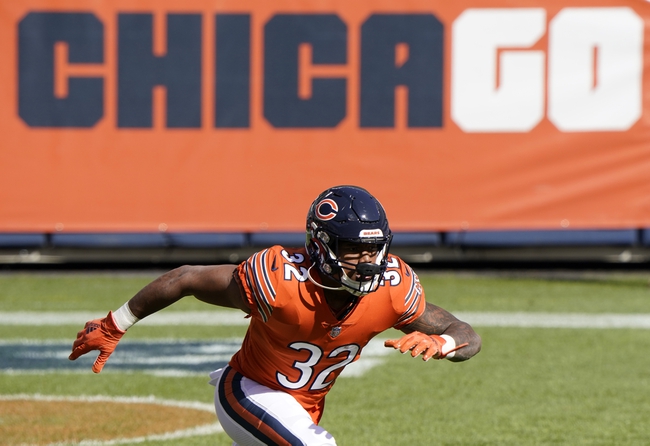 The Chicago Bears also look for a big win here to get off to a 4-1 start to the NFL season. The Chicago Bears have won four of their last six home games. Nick Foles is completing 59.2 percent of his passes for 437 yards, four touchdowns and two interceptions. Foles and Mitchell Trubisky have combined for 10 touchdown passes and five interceptions this season. Allen Robinson II and Darnell Mooney have combined for 476 receiving yards and three touchdowns while Jimmy Graham has 14 receptions. The Chicago Bears ground game is averaging 110.5 yards per contest, and David Montgomery leads the way with 218 yards on 53 carries. Defensively, Chicago is allowing 20.3 points and 345.3 yards per game. Roquan Smith leads the Chicago Bears with 33 tackles, Akiem Hicks has 3.5 sacks and Kyle Fuller has one interception.

The Tampa Bay Buccaneers head into this game banged up on the offensive side, as they were already down Chris Godwin, but now LeSean McCoy is dealing with an ankle injury, Mike Evans was hobbling around last week and OJ Howard is probably done for the year. A short week doesn't help any of those players heading into this game. With that said, Tom Brady has never needed big names to get the job done, as he throws guys open and can produce with just about anybody. The Bears have a solid defense and put up a fight, but they're still having issues scoring and Foles didn't help much last week. We know the Bucs are going to score points, banged up or not, I don't trust the Bears to respond. I'll take the Bucs by a touchdown.