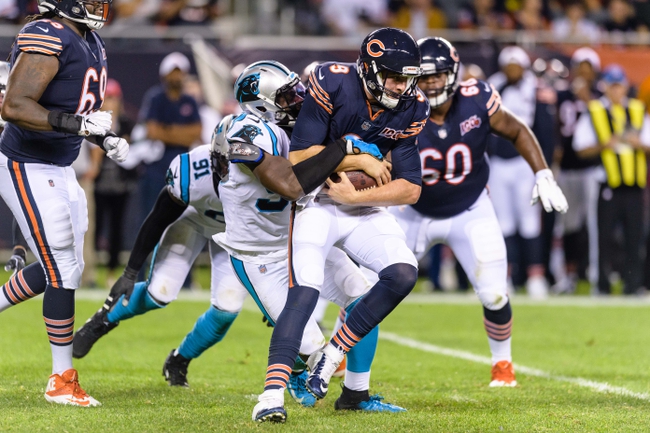 The Chicago Bears and the Carolina Panthers meet Sunday in Week 6 NFL action from Bank of America Stadium.

The Bears enter this game at 4-1 so far. Chicago fell to the Colts on October 4 but otherwise they’ve taken out the Lions, Giants, Falcons and Buccaneers. As for the Panthers, they’re sitting at 3-2 this year. Carolina opened with losses to the Raiders and Buccaneers, but since have rattled off wins over the Chargers, Cardinals and Falcons. Check back all season long for free NFL picks and NFL predictions at Sports Chat Place.

In the win over the Buccaneers, Chicago quarterback Nick Foles put up 243 yards with one TD and one INT. David Montgomery posted 29 yards and a score rushing, while Allen Robinson managed 90 yards on 10 receptions.

Over on the Panthers’ side, they stumbled out of the gate against two pretty good teams in the Raiders and Bucs, but since then things have gotten better in the record column. Carolina is on a three-game winning streak, taking out the Chargers, Cardinals and Falcons in that time.

PICK: I’m going to lean Chicago here, but given their rollercoaster season so far it’s anyone’s guess how this one will play out. Carolina has faced a few pretty good teams this year, with mixed results. As for the Bears, they’ve been playing with fire all season and have emerged mostly unscathed. These teams match up pretty well overall; it’s going to come down to which offense can find more traction late in the game. Should be a tight score and a fun one to watch. 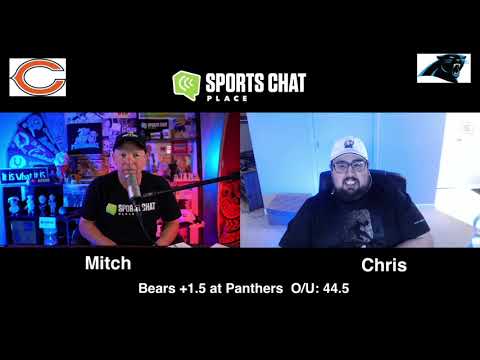