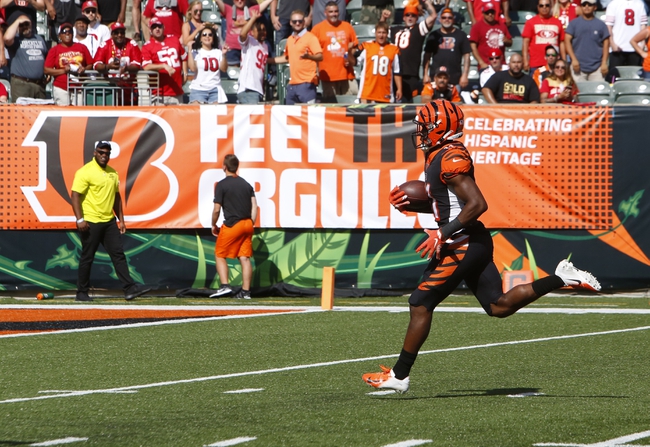 Ross has ben battling an illness all season but still believes he can be productive. Ross has played in just three games this season, catching two passes for 17 yards. In the 2018-19 seasons, Ross combined for 49 receptions and 10 touchdowns while averaging 14.6 yards per reception. There’s a market for the speedy wideout if the Bengals respect Ross’ wishes and make the move.

Here are five teams that should be looking to trade for Ross.

Cleveland Browns - The Browns still have enough weapons to be productive with the loss of Odell Beckham Jr., but certainly adding Ross wouldn’t hurt. The speed of Ross would open the field up for possession receiver Jarvis Landry and take some of the safety help away from Donovan Peoples-Jones and Austin Hooper. This would simply be a question of if the Bengals want to do business with their bitter rival.

Miami Dolphins - The Dolphins have transitioned into the Tua Tagovailoa era and it’s key to surround the rookie quarterback with as much help as he can get. The Dolphins need help on the outside, as DeVante Parker seems to be dinged up every week, and that leaves Preston Williams and Mike Gesicki to pick up the slack. Miami doesn’t have a lot of offensive weapons to go around and a player like Ross would be warmly welcomed.

Green Bay Packers - The Packers wide receiver depth took a hit with the injury to Allen Lazard, so that leaves just three active players with 200-plus receiving yards. Davante Adams is a legit No. 1 wide receiver, but he’s constantly facing double teams and being asked to win tough matchups. A player like Ross gives Aaron Rodgers another dependable option and takes some of the pressure off Adams. Ross can take the Packers offense to another level.

San Francisco 49ers - Any time there’s an explosive offensive weapon on the market, you have to consider the San Francisco 49ers with Kyle Shanahan calling the shots. The 49ers love to get creative offensively and never feel they have enough options. Deebo Samuel has struggled to build on last years efforts and is now battling injury while Kendrick Bourne has had drop issues and Dante Pettis is on the trade block. Ross could add a much needed spark to this 49ers passing game.

Chicago Bears - You can say what you want about the Chicago Bears, but they’re still 5-2 and fighting for a playoff spot. A lot of the Bears offensive issues starts at quarterback, but the options on the outside aren’t the greatest either if we’re being fair. There’s a decent drop-off after Allen Robinson and Anthony Miller has struggled with consistency. Only the New York Jets are averaging less yards per completion (9.8) than the Bears this season. Ross doesn’t fix the QB issues, but he would make you feel a bit better about the Bears’ offense overall.