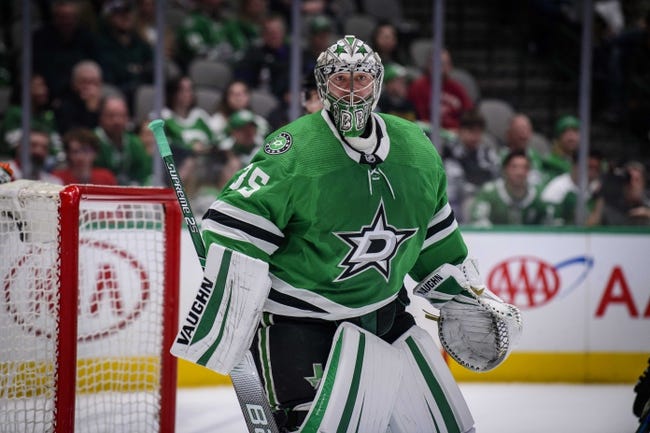 The Detroit Red Wings and the Dallas Stars meet in NHL action from American Airlines Center on Tuesday night.

The Detroit Red Wings will look to bounce back after a 6-2 loss to Chicago in their last outing. Dylan Larkin leads the Red Wings in scoring with 6 points coming on 3 goals and 3 assists with a team-high 23 shots on goal while Bobby Ryan and Tyler Bertuzzi each have 5 points with Ryan logging 4 goals and an assist while Bertuzzi has 3 goals and a pair of helpers. Filip Hronek has 4 assists and Anthony Mantha has a goal and 2 assists as well for the Wings this season. Jonathan Bernier has had more success in goal for Detroit with a 2-1 record, but has a worse GAA (3.33) than his teammate Thomas Greiss, who is 0-3 with a 2.74 GAA this season for Detroit.

The Dallas Stars will look to add to their 2-0 start to the year after a 3-2 win over Nashville last time out. Joe Pavelski’s off to one heck of a start with 7 points through two games, including 3 goals and 4 assists while Roope Hintz has 5 points with 4 assists of his own and John Klingberg also has 4 assists for Dallas on the year. Alexander Radulov and Denis Gurianov each have a pair of goals for the Stars as well up to this point. Anton Khudobin continues his solid play from the bubble, starting the year 2-0 with 2 goals allowed on 51 shots against this season.

Detroit had shown some promise early on and I thought maybe this was a year that the Red Wings would take a step forward. However, Detroit then went on to lose back-to-back games against the pitiful Chicago Blackhawks and then the Red Wings turned back into a dumpster fire in the matter of a couple of nights. I am back to wanting no part of Detroit, so give me Dallas on the puck line by default.