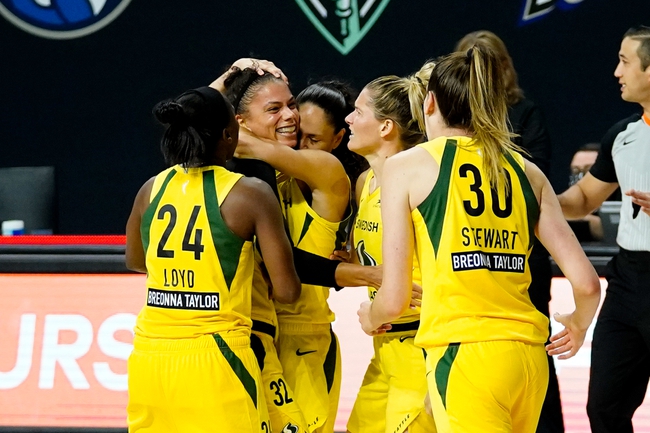 The Minnesota Lynx and Seattle Storm meet Thursday in game two of the WNBA semifinals playoffs at the IMG Academy.

The Seattle Storm are the better team here and should be clear favorites to win the title, but this line isn't showing any respect to the Lynx. The Minnesota Lynx are a veteran team that's built for moments like this, and they know how to grind games out with physical defensive play. The Lynx also had their chances to win game one, as they only lost by two points and that despite shooting just 43 percent from the field. The Storm probably win this game, but this line isn't showing any respect to a Lynx team that's hung around all season and has been kind to us in the underdog role especially.

Give me the Lynx and the free buckets.