Who Played the Most Games in MLB History? 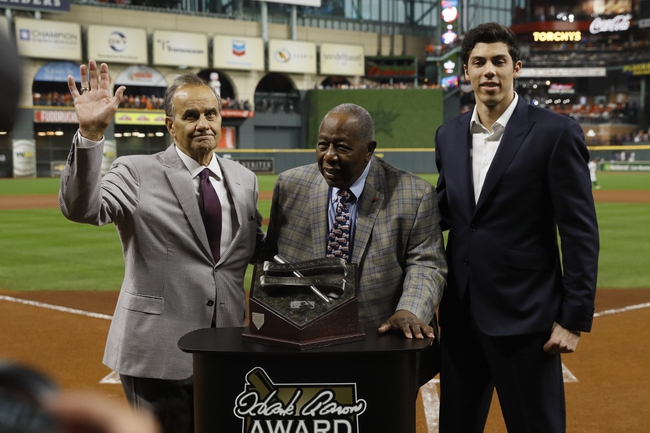 The MLB Players with the Most Career Games Played

A long MLB career is a testament to a player’s talent and durability. Baseball is an unforgiving game, and over the course of its history a handful of noteworthy players have proven themselves to be the most reliable when it comes to showing up at the ballpark every day. These legends in MLB lore have amassed some very impressive numbers across their lengthy careers as well. Get Free MLB Picks and MLB Predictions for every game all season long at Sports Chat Place.

These are the MLB players with the most career games played.

1. Pete Rose, 3,562 - Rose was involved in the MLB as a player and a manager from 1963 to 1986, and he left an indelible impression on the game. Rose was a 17-time All-Star, a three-time World Series champ, a three-time batting champion and racked up 4,256 career hits. Due to a betting scandal during his managerial days, Rose was unfortunately barred from being inducted to the Hall of Fame, but his numbers live on.

2. Carl Yastrzemski, 3,308 - Affectionately nicknamed “Yaz,” Yastrzemski is a legend in the city of Boston, where he spent his entire MLB career from 1961-83. Yastrzemski was an 18-time All-Star, an AL MVP (1967), a seven-time Gold Glove Award winner and had his number (8) retired by the Red Sox. He made the Baseball Hall of Fame on his first ballot in 1989.

3. Hank Aaron, 3,298 - “Hammerin’ Hank” is one of the most hallowed names in baseball, and deservedly so. Aaron slapped a whopping 755 homers during his career, collecting 3,771 hits, 25 All-Star selections, three Gold Glove Awards and four NL home run titles. He won his only World Series in 1957 with the Braves and was inducted into the Hall of Fame in 1982.

4. Rickey Henderson, 3,081 - Henderson was an absolute terror on the base paths during his career, collecting a jaw-dropping 1,406 steals during a playing career that stretched from 1979 to 2003. He was a 10-time All-Star, a two-time World Series champion and led the AL in stolen bases 12 times. Henderson also set records with 2,295 career runs, 81 career lead-off home runs and 130 stolen bases in a single season.

6. Eddie Murray, 3,026 - Two big-name MLB players are tied in this slot on the career games list, and we’ll start with Murray, whose career went from 1977-97. He was an eight-time All-Star, a three-time Gold Glove Award winner, a three-time Silver Slugger Award winner and got a World Series ring in 1983 with the Orioles. Murray made the Baseball Hall of Fame on his first ballot in 2003.

6. Stan Musial, 3,026 - Tied in this spot as well is perhaps the best-known St. Louis MLB player ever in Musial. He posted 24 All-Star appearances during his career, with three Wold Series titles, three NL MVPs and seven NL batting titles. Musial put up 3,630 hits, 475 homers and 1,951 RBI during his playing days, and was elected to the Hall of Fame in 1969.

8. Cal Ripken Jr., 3,001 - Ripken accomplished the unthinkable during his career, breaking Yankees legend Lou Gehrig’s record for consecutive games played. That record of 2,130 stood for 56 years, but Ripken surpassed it with 2,632 straight outings. In addition to that, Ripken was a 19-time All-Star, an eight-time Silver Slugger Award winner and a World Series champ in 1983.

10. Barry Bonds, 2,986 - Bonds was an MLB fixture from 1986 to 2007, and during that time he posted some truly mind-boggling numbers. He was a 14-time All-Star, a seven-time NL MVP, an eight time Gold Glove Award winner and a 12-time Silver Slugger Award winner. As of this writing, Bonds is the only other player on this career MLB games played list besides Rose who isn’t in the Hall of Fame, due mostly to his alleged PED ties.