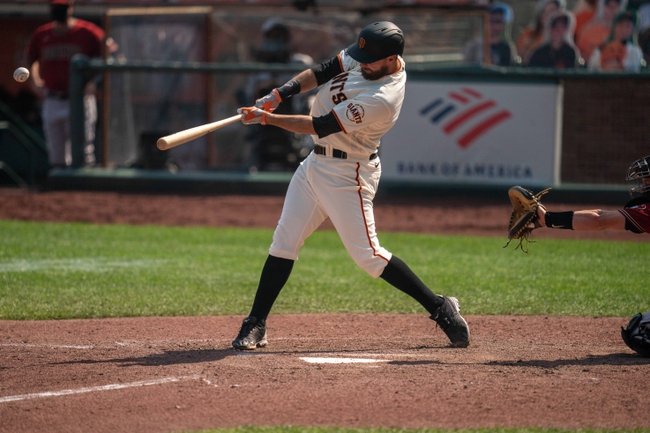 TV: NBCSBA, FSAZ Stream the MLB Game of the Day all season on ESPN+. Sign up now!

The Arizona Diamondbacks and the San Francisco Giants meet in an NL West division matchup in MLB action from Oracle Park on Monday night.

The Arizona Diamondbacks will look to rebound from a 4-2 loss to the Giants last time out. Tim Locastro had a solo home run while Josh Rojas had an RBI as well to make up the scoring for Arizona in the loss. Stephen Vogt had a double and Kole Calhoun had two hits while David Peralta, Eduardo Escobar, Nick Ahmed and Jake Lamb all had base hits as well in the loss. Alex Young took the loss, falling to 1-3 on the year after allowing three runs on seven hits while striking out three over 5.1 innings of work. Zac Gallen will start here and is 1-0 with a 1.80 ERA and 54 strikeouts this season. In his career, Gallen is 1-0 with a 1.38 ERA and 11 strikeouts against San Francisco.

The San Francisco Giants will try to get back to .500 with a win after their victory on Sunday. Donovan Solano had a two-run home run and a double while going 3 for 3 at the dish while Chadwick Tromp had a solo home run and Brandon Belt added a solo shot of his own to finish off the scoring for San Francisco in the win. Wilmer Flores and Darin Ruf each had a double while Mike Yastrzemski added a base knock as well to cap off San Francisco’s offense in victory. Johnny Cueto allowed two runs on seven hits with seven strikeouts over 5.2 innings of work, not factoring in the decision. Caleb Baragar picked up the win to improve to 5-1 while Tyler Rogers closed things out for his 3rd save of the year. Kevin Gausman will start here and is 2-2 with a 4.43 ERA and 53 strikeouts this season. In his career, Gausman is 1-1 with a 3.38 ERA and 23 strikeouts against Arizona.

I really like what Gallen’s done up to this point in the year, but the problem is that even with how well Gallen’s pitched, the Diamondbacks are prone to giving him little run support as it is and the bats are just cold right now. It’s hard to explain, but somehow the Giants are a game below .500 and I’m not trying to get in front of the Giants right now. Give me San Francisco and the even money here as my free play for this game but my stronger play is on the total and I have that available as a premium pick that you can find here. 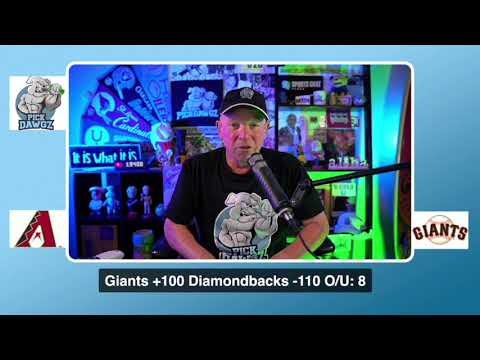