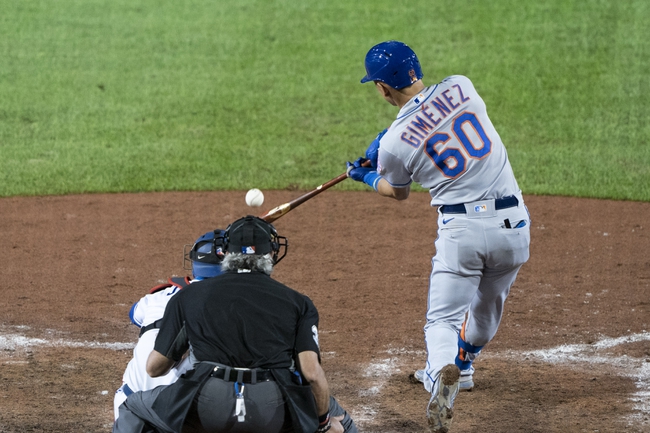 TV: SNET, SNY Stream the MLB Game of the Day all season on ESPN+. Sign up now!

The New York Mets and the Toronto Blue Jays meet in MLB action from Sahlen Field on Saturday.

The New York Mets will look to build on an 18-1 beatdown win over the Blue Jays in game one on Friday. Michael Conforto, Wilson Ramos and Dominic Smith each had four RBIs with Smith hitting a grand slam while Conforto had a three run home run and Ramos had a solo homer with a pair of doubles. Jeff McNeil added two RBIs with a double while J.D. Davis, Robinson Cano and Andres Gimenez all had an RBI with Gimenez and Davis each putting out a double to cap off the scoring for New York. Brandon Nimmo had a pair of hits and Amed Rosario added a base knock as well to finish off New York’s offense as a team in the victory. Jacob deGrom got the win to improve to 4-1 on the year after giving up one run on three hits while striking out nine over six innings of work. Seth Lugo will start here and is 2-2 with a 2.05 ERA and 31 strikeouts this season. This will be Lugo’s first career start against Toronto.

The Toronto Blue Jays will look to bounce back after getting shellacked in game one on Friday. Vladimir Guerrero Jr. accounted for the lone Blue Jay RBI while Cavan Biggio went 2 for 4 with a double and Randal Grichuk and Santiago Espinal each had a base hit to cap off Toronto’s offense as the Blue Jays had just five hits as a team in the losing effort. Chase Anderson took the loss, falling to 0-1 after allowing four runs on four hits while striking out four over 2.2 innings of work. Robbie Ray will start here and is 1-4 with a 7.51 ERA and 52 strikeouts this season. In his career, Ray is 2-1 with a 2.78 ERA and 23 strikeouts against the Mets.

I’d like to get behind a pitcher like Robbie Ray as he’s normally pretty dependable and can rack up strikeouts. But for whatever reason this season’s been different and Ray can’t find the plate and when he does, he gives up runs in bunches, and a change of scenery hasn’t helped much as he’s allowed six runs, five earned, in 7.1 innings with Toronto. Now both of those starts came on the road so I’m shuddering to think what’ll happen at hitter-friendly Sahlen Field where the ball is flying out of the park and crooked numbers are a regularity. Seth Lugo isn’t a staff ace by any means but he’s been more reliable than Ray and the Mets have a mental edge after taking it to Toronto on Friday. I’ll side with the Mets for another win here. 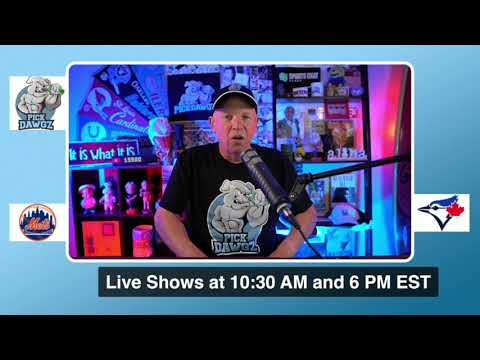