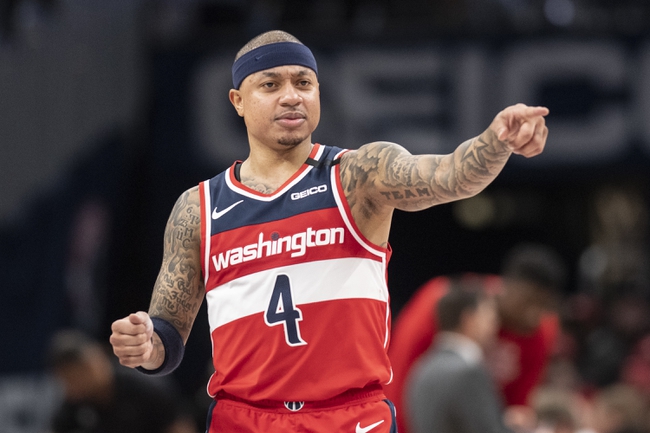 Here’s your daily roundup of all the current NBA news that’s affecting the 2019-20 season restart and playoffs. Today we’re checking out some team and player notes as basketball draws closer, so let’s get right to it with the latest NBA updates. Check back all season long for free NBA picks and NBA predictions at Sports Chat Place.

NBA Opt-Out Update - Since the NBA announced its restart plans, a handful of notable players have announced that they’ll be sitting out of the festivities for various reasons. The league has long maintained that players who do not wish to participate won’t be penalized beyond lost salary for those games, and several guys have taken that path.

The latest player to announce that he won’t be playing the rest of the season is the Trail Blazers’ Caleb Swanigan. The Portland forward cited personal reasons for his decision. That makes two recent names for the Blazers who have chosen to sit, the other being starting small forward Trevor Ariza, who opted out in order to be available for a visitation period with his son.

As for Swanigan, he came in for his second stint in Portland after a February trade with Sacramento. Appearing in 20 outings for Portland this year, Swanigan averaged 2.4 points and 3.7 rebounds in 10.7 minutes per game. The Blazers and the other NBA teams across the league have until August 14 to sign replacement players for those who opt out. Portland is scheduled to kick things off on the basketball court July 31 versus Memphis.

Free Agency Outlook - With the transaction window closed as of the end of June, teams are now focusing on the free agent pool in order to fill out their rosters. A total of 17 players will be permitted on each roster in Orlando (15 on normal contracts and a pair of two-way players). A total of 13 will be active for each game and four will be inactive. That still leaves holes on a lot of rosters, but the good news is there are still some notable names in free agency. Let’s look at a few of those names.

After being waived by the Lakers in February following knee surgery last August, DeMarcus Cousins is still out there. Cousins is a great player and could really help a team in the postseason. There are some questions as to Cousins' durability at this point in his career, however. As of now he should be healthy, but since the 2017-18 season Cousins has been on the floor for just 78 regular-season games. Still, he’ll likely garner plenty of interest.

Another player coming off an injury is Joe Johnson, who was waived by the Pistons in October after experiencing swelling in his Achilles. Tests showed no structural damage however, so Johnson could fit in nicely as a role-player somewhere. He averaged 3.8 PPG in four preseason games during his time with Detroit.

Beyond that, Isaiah Thomas is another intriguing free agent name that sticks out. He was waived by the Clippers in February—mostly due to LA’s roster being stacked with talent. Thomas put up some solid numbers with the Wizards, though. In 40 games he averages 12.2 PPG, 3.7 APG and 1.7 RPG in his 23.1 minutes. Thomas will catch on somewhere if he so desires.