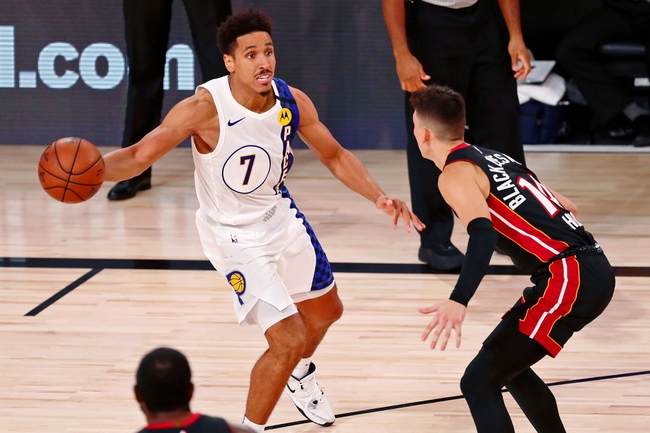 The Indiana Pacers and the Miami Heat do battle in Game 4 at the ESPN Wide World of Sports Complex on Monday night.

The Indiana Pacers will be hoping to avoid the dread series sweep after getting dropped by the Heat in a 124-115 loss in Game 3. Malcolm Brogdon led the team with 34 points and 14 assists, TJ Warren added 23 points with five steals, Victor Oladipo added20 points while Myles Turner chipped in with 15 points, 12 rebounds and three blocks. As a team, the Pacers shot 48 percent from the field and 12 of 33 from the 3-point line, but a slow start was too tough to overcome as they were always fighting an uphill battle after falling behind by as many as 20 points. The Pacers just had couldn’t defend without fouling as they were outscored on the free throw line by 43-21.

Meanwhile, the Miami Heat will be looking to complete the series sweep after taking care of business in Game 3 on Saturday. Jimmy Butler led the way with 27 points, eight rebounds and four assists, Goran Dragic added 24 points and six assists, Bam Adebayo racked up 22 points with 11 rebounds and five assists while Tyler Herro provided the spark off the bench with 20 points. As a team, the Heat shot 45 percent from the field and 13 of 33 from the 3-point line as they set the tone with 74 points in the first half, before holding off a second half rally from the Pacers to go up 3-0 in the series. Duncan Robinson had a quiet game as he drained just two 3-pointers on his way to 15 points, while Butler scored 17 of his 27 points from the free throw line.

The Pacers actually played pretty well in the second half of Game 3, but they were always in deep trouble after allowing 40 points in the second quarter, so they will be hoping for a better start here. The Heat are growing in confidence and they have the edge in depth with the Pacers playing without their best player in Domantas Sabonis. I want to believe that the Pacers can rally here and pull off the upset to keep their season alive, but I think the Heat finish the job with another win here. 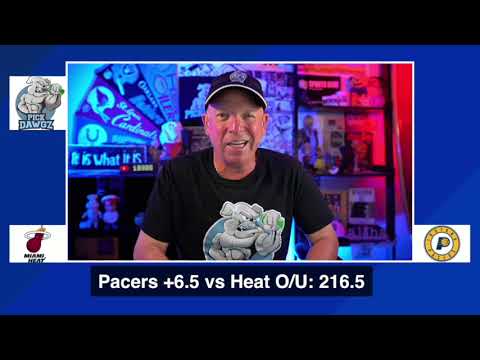