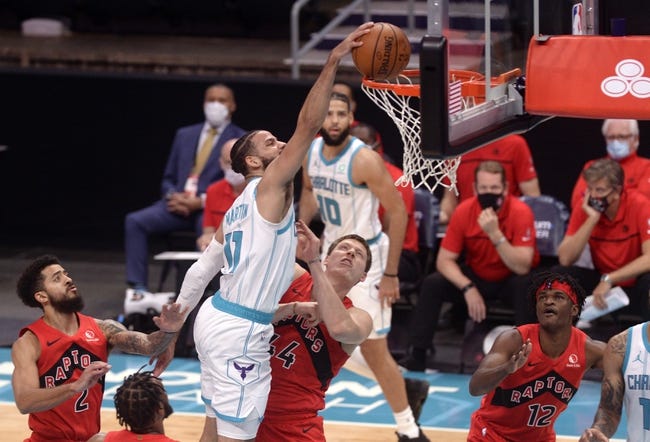 The Charlotte Hornets and Toronto Raptors meet Thursday in NBA action at the Amalie Arena.

The Charlotte Hornets continue to be hit or miss, which is expected from a young team, but now they're on the end of a back to back. The Toronto Raptors are the better team on paper, but I'm still waiting for them to look like the Raptors team we've known these last few years. The Raptors aren't playing good basketball and aren't a team I'm eager to lay big chalk with regardless of who they're playing. I'm down on the Raptors. If forced to pick this game, give me the Hornets and the points.