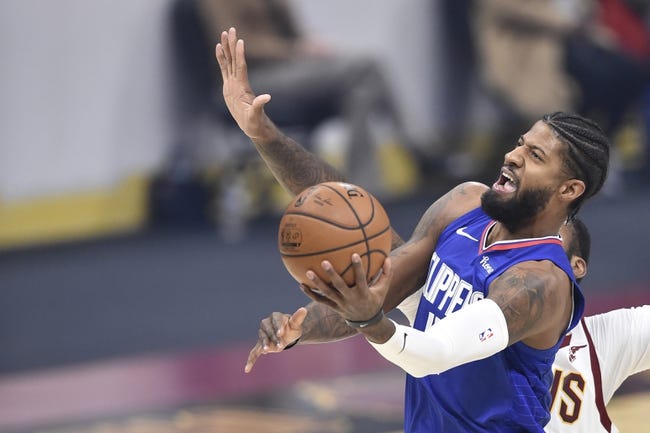 The Boston Celtics travel to the Staples Center to take on the Los Angeles Clippers on Friday night.

The Boston Celtics have been in a bit of a rut lately as they’ve lost six of their past nine games and they will be looking to bounce back here after falling to the Kings in a 116-111 road loss on Wednesday. Jayson Tatum led the team with 27 points, nine rebounds and 10 assists, Jaylen Brown added 21 points with four assists while Tristan Thompson chipped in with 17 points and 10 rebounds. As a team, the Celtics shot 45 percent from the field and 11 of 33 from the 3-point line as they fought hard to tie the game late in the fourth quarter, only to get outscored by 11-6 in the final 2:26 as the Kings finished with 35 points for the quarter. Jeff Teague scored just seven points on one of six shooting while Tremont Waters scored just three points on one of eight shooting off the bench.

Meanwhile, the Los Angeles Clippers have been in great shape lately as they’ve won 11 of their past 13 games and they will be looking to stay hot after blowing past the Cavaliers in a 121-99 road win on Wednesday. Paul George drained eight 3-pointers to lead the team with 36 points on 13 of 20 shooting, Kawhi Leonard added 24 points on nine of 14 shooting while Lou Williams chipped in with 15 points off the bench. As a team, the Clippers shot a healthy 55 percent from the field and 20 of 34 from the 3-point line as they set the tone with 33 points in the first quarter, before exploding for 69 points in the second half to win easily.

The Celtics will be shorthanded once again as they will be without Avery Bradley and Marcus Smart, but they still have enough talent remaining to pull off the upset if the Clippers have an off night. The Celtics are 23-9 ATS in their last 32 games as an underdog, so it’s really tempting to take them with the points here, but the Clippers have been in great form and are currently at full strength, so it’s hard to pass them up here. Give me the Clippers to pull away late for the win and cover.