The Chicago Bulls and the Minnesota Timberwolves duke it out at the Target Center on Sunday night.

The Chicago Bulls were aiming for a fourth straight win before running out of steam against the Hawks in a 120-108 road loss on Friday. Zach LaVine led the team with 50 points, eight rebounds and five assists on 18 of 31 shooting, Nikola Vucevic added 25 points with 10 rebounds while Coby White chipped in with 11 points off the bench, but no other player finished in double figures. As a team, the Bulls shot 47 percent from the field and 13 of 33 from the 3-point line as they rode the hot hand of LaVine to lead by as many as 13 points, before going cold in the second half where they were outscored by 67-42.

Meanwhile, the Minnesota Timberwolves have been in a rut lately as they’ve lost nine of their last 12 games and they will be hoping to avoid a third straight loss after falling to the Celtics in a 145-136 overtime road loss on Friday. Karl-Anthony Towns led the team with 30 points, 12 rebounds and seven assists, Anthony Edwards added 24 points with five assists, D’Angelo Russell scored 26 points and eight assists off the bench while Josh Okogie chipped in with 16 points. As a team, the Timberwolves shot 49 percent from the field and 15 of 42 from the 3-point line as they squandered a 17-point deficit before getting blown out in overtime as the Celtics’ Jayson Tatum finished with 53 points.

The Bulls will be so disappointed that they weren’t able to get past the Hawks on Friday despite a 50-point performance from LaVine, but they had won four games on the trot prior to that game, while the Timberwolves have been in a slump as they’ve lost nine of their last 12 overall. Playing the second night of a back to back set may have played a major factor in the way the Bulls fizzled out against the Hawks on Friday, but they are 19-7 ATS in their last 26 road games and I like their chances here against an inconsistent Timberwolves team. 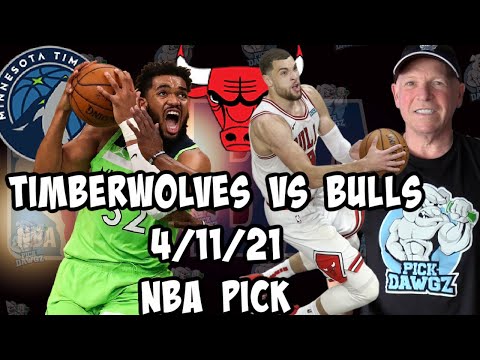