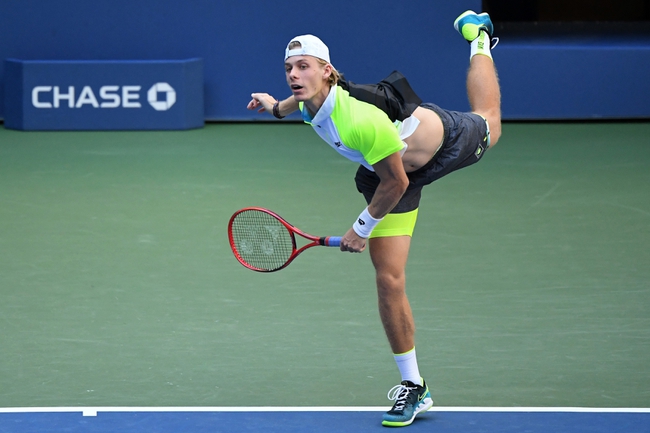 Denis Shapovalov vs. David Goffin - 2020 US Open Fourth Round

Denis Shapovalov played an incredible thriller against Taylor Fritz in the third round, winning eventually in 5 sets. At many points during the match it looked like either player was the dominant one, but in the end, Shapovalov distanced himself from Fritz in the fifth set. Shapovalov is determined to prove to everyone that he is one of the best youngsters out there, especially after a tough start to 2020 before the coronavirus outbreak led to the tour pausing. Shapovalov has the skillset, but I am not sure he has the mentality yet, he is still quite sloppy in his game sometimes and he will have to heavily improve that if he is to compete with the best of the best in the future.

David Goffin demolished Filip Krajinovic in straight sets in the third round in a match which I expected to be a long and tough match for the Belgian. However, David Goffin used his experience and incredible return game to dictate play and book his spot in the fourth round. Goffin is playing the best tennis of his career in the last year and a half and I am sure he is determined to get even better this year. Goffin has the game to get to the quarterfinals and he will definitely give it his all here against Shapovalov.

This is going to be the second meeting between these two players with David Goffin leading the head to head 1-0. Goffin has more experience, is more composed on the ball and will know how to move Shapovalov around the court to win this match in my opinion. This match would be a 3 setter or it could go all the way, and therefore i will not predict the number of sets, but I will predict that David Goffin will come out victorious and make it to the 2020 US Open quarterfinals.