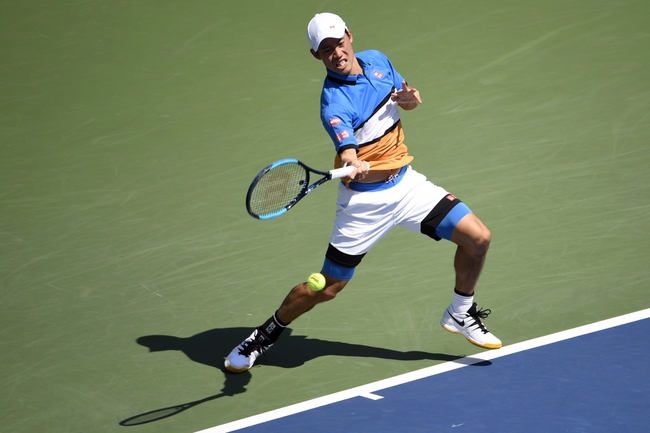 Kei Nishikori looks to win his second match in over a year on the ATP Tour after beating Albert Ramos Vinolas on Tuesday, but he faces the in-form young Italian, Lorenzo Musetti in his second-round match at the Rome Open.

Kei Nishikori came through two hard-fought sets against Albert Ramos-Vinolas on Tuesday but eventually was able to close the match in straight sets. Nishikori is of course nowhere near where he needs to be in order to compete properly in these tournaments, however, it was a positive sign that he was able to get that victory under his belt. Nishikori will now face a very tough opponent who absolutely dominated against Stan Wawrinka. Nishikori will need to ensure he is ready both physically and mentally to take on this challenge and hopefully book his spot into the third round here in Rome.

Lorenzo Musetti absolutely destroyed Stan Wawrinka on Tuesday, beating the 3x Grand Slam Champion 6-0/7-6. Musetti was aggressive and not afraid to take on the big shots. Musetti will have to continue to play the way he did but I am sure he is not afraid here and will put on another solid performance for the Italian crowd even if they are at home. Musetti showed us why he will be one of the main stars of tennis in the future and he definitely impressed me a lot on Tuesday night. Can he do it twice in a row though, we do not know.

This is going to be the first meeting between both players and if this was a few years ago it would be an easy Kei Nishikori victory. However, Nishikori has won his first match in over a year and that was an extremely hard-fought match. Lorenzo Musetti just seemed extremely determined against Stan Wawrinka and he will want to continue this form. Nishikori is obviously the more talented player and the more experienced, but he is not at 100% in his game at the moment. I think Lorenzo Musetti comes through this match and books his spot in the third round of the 2020 Rome Open.