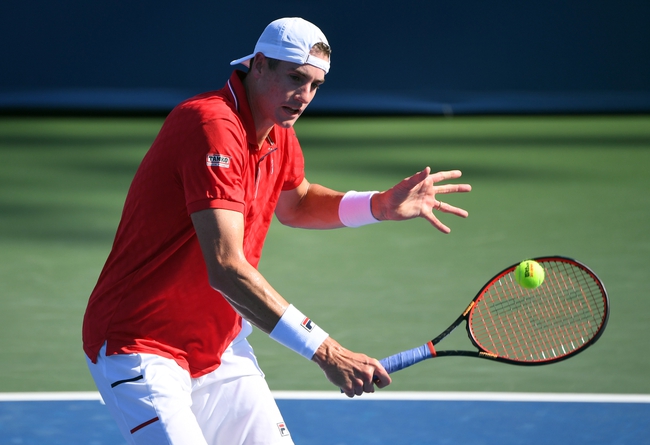 John Isner meets Elliot Benchetrit in the first round of the 2020 French Open on Sunday, September 27th 2020. Will the big serving American be able to get the job done against a motivated and local Frenchman, or will an upset be on the cards?

Elliot Benchetrit is not a very well known player, but he has put on some solid performances on the ATP Tour in the past, mostly in ATP 250 tournaments. Benchetrit does not have one big aspect of his game which helps him to win or play competitively, rather he is good at doing most things, but not superb at any of these aspects specifically. Benchetrit and other French players in his position will have been disappointed with the lack of fans here at the French Open as the filled arena's with French fans always helps a few upsets happen for these French underdogs.

John Isner has not had the successful hard court campaign he desired when he played both the Cincinnati Masters and the US Open. Isner is not as good of a mover as he used to be and he is not able to play long and drawn out baseline rallies, putting more pressure on his serve. Of course, Isner's serve is one of the best ever, if not the best, and he can hit an ace with his eyes closed. However, Isner needs to be able to improve on his movement, especially here on a clay court where the serve is not as big of a deal as it is on grass or hard courts.

This is going to be the first meeting between both players and although Benchetrit is at home, motivated to get his first Grand Slam win here, and very enthusiastic about his young career, this match is John Isner's to win. Isner is the better player, and although clay does not give big servers such an advantage, when we are talking about John Isner's serve, he will still be able to hit so many aces and unreturned serves. Benchetrit would have to play the match of his life if he was to win here.